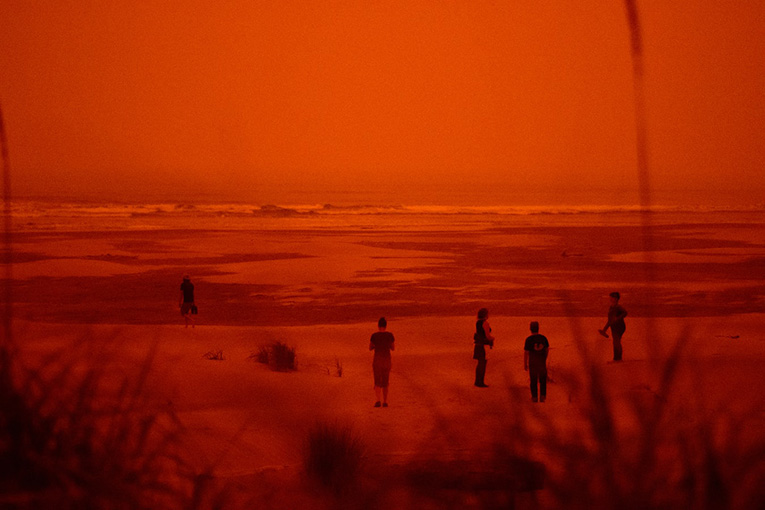 The world is facing a code red for climate emergency, a study of the Intergovernmental Panel on Climate Change (IPCC) has said; as increasing extreme weather events around the world make indisputable the fact that human industrial activity is rising the world’s temperature.

Firstly, the highlights of the IPCC study are that global temperature was around 1,09 degrees Celsius higher between the decades of 2011-2022 compared to 1850 – 1900; also, during the past five years have been the hottest on record since 1850.

Secondly, the sea level has risen nearly three times, when compared to the period from 1901-1971. The report also makes clear that the increased warm has made changes to many of our planetary support systems that are irreversible on timescales of centuries to millennia.

Thirdly, the report says that it is a “code red for humanity”, in the words of United Nations Chief Antonio Guterres. As the report states that human industrial activity being the reason behind global warming is an indisputable fact. Prof Ed Hawkins, from the University of Reading, and one of the report’s authors, said. “It is a statement of fact; we cannot be any more certain; it is unequivocal and indisputable that humans are warming the planet.”

Moreover, the authors of the report say that is why the world has experienced more and more extreme weather events lately; like the cold snaps in the U.S., the wildfires in Australia, and the floods in China. The report highlights that, continuing this trend, the oceans will continue to warm and become more acidic. Mountain and polar glaciers will continue melting for decades or centuries. “The consequences will continue to get worse for every bit of warming; and for many of these consequences, there’s no going back.” Warned professor Hopkins.

Also recommended for you: Emerson helps Alaska’s largest wind farm to me more resilient and reliable. Click here to read.

World at code red; but the U.S. increases drilling permits

However, the report authors claim that there is still a silver line in the current scenario. U.N Chief said. “If we combine forces now, we can avert climate catastrophe. But, as today’s report makes clear, there is no time for delay and no room for excuses. I count on government leaders and all stakeholders to ensure COP26 is a success.” Indeed, the report comes just a few months from a key climate summit in Glasgow takes place, known as the COP26.

On the other hand, a recent Associated Press report, says that approvals to drill for oil and gas on U.S. public lands are on pace this year to reach their highest level; since George W. Bush was president; underscoring President Joe Biden’s reluctance to more forcefully curb petroleum production.

Furthermore, highlights that the Interior Department approved 2,500 permits to drill on public and tribal lands in the first six months of the year; out of those, more than 2,100 of approvals happened under Biden administration. New Mexico and Wyoming had the largest number of approvals. Montana, Colorado and Utah had hundreds each.

Finally, such activity would end up rising substantially the carbonic emissions of 2021; in fact, the International Energy Agency has warned that 2021 may have the largest GHG emissions share to date.

Xodus awarded with engineering and design of CCS project for Petronas

DAPL on a lifeline as judge allows it...