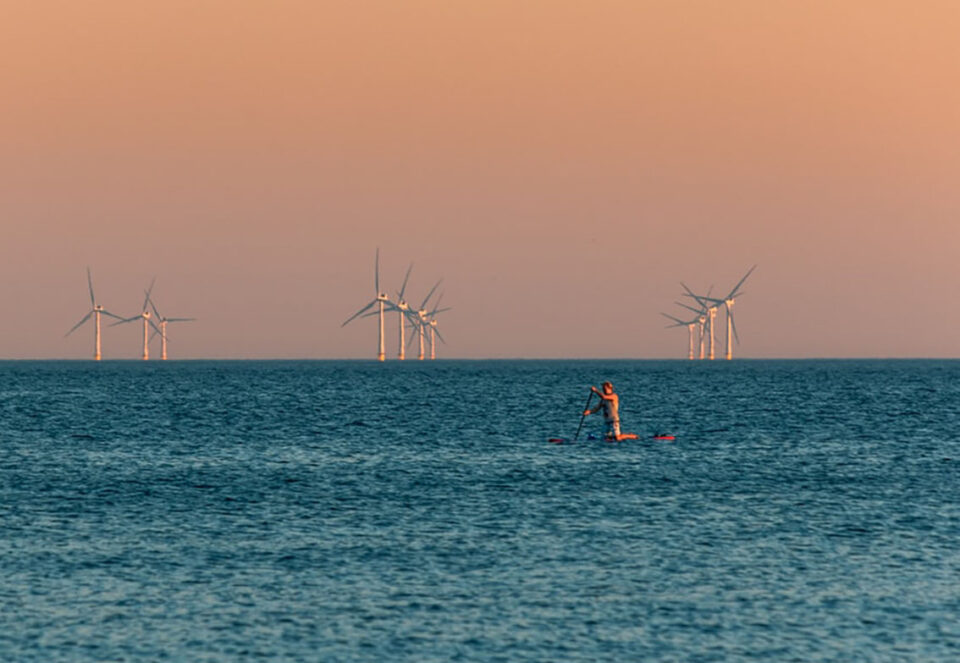 Firstly, if this goal is achieved, it would mean the country that currently ranks as the world’s worst historical climate polluter would stop adding new climate pollution to the atmosphere. All the possible roads to reach that objective lead to enormous ramp ups in the offshore wind industry for the coming 30 years.

Secondly, according to the world economic forum, the offshore wind industry will be, nevertheless, clustered in specific places in the U.S. geography; in particular along the coasts and embedded among agricultural operations.

Thirdly, the turbines need to be far enough from cities to protect urban residents from noise and strobe-like flickering caused by blades’ shadows; however, close enough for the power to be economically delivered through electrical transmission lines.

Moreover, according to a Climate Central analysis, quoted by the World Economic Forum (WEF), data suggests that if the net zero goal is achieved, wind farms in Texas, Missouri, Iowa, and Illinois could each have more capacity installed by 2050 than the 118 gigawatts of wind capacity currently operational in the US.

Also recommended for you: The Alberta Carbon Grid: the new project by Pembina and TC Energy. Click here to read.

Offshore wind jobs to boom along with industry

In addition, WEF foresees great boom for offshore wind farms along the East Coast; as it is “poised for a rush of approvals of sweeping arrays of turbines fixed to towers driven into the Atlantic’s floor.” The report says; and also highlights. “Future booms are also possible along the Gulf of Mexico, in the Great Lakes, and off the West Coast.”

On the other hand, “Turbines operating in deep Pacific and Gulf of Maine waters would need to be installed on floating platforms. Some of that technology is being adapted from gas and oil drilling operations, but so far floating deployments have been very limited worldwide.” The report by WEF says.

Moreover, the Net Zero America data show a continued rise in employment in the solar energy sector. They forecasted the greatest growth of wind energy jobs, however, to begin a decade from now.

Finally, about job creation, Ross Gould; the supply chain development vice president at the Business Network for Offshore Wind, said. “Currently we’re seeing a boom in project management; and also, project development jobs up and down the East Coast; as the projects are beginning to move further along in their studying and assessment work.”

The Alberta Carbon Grid: the new project by Pembina and TC Energy

ConocoPhillips to drop its capital expenditures budget to...