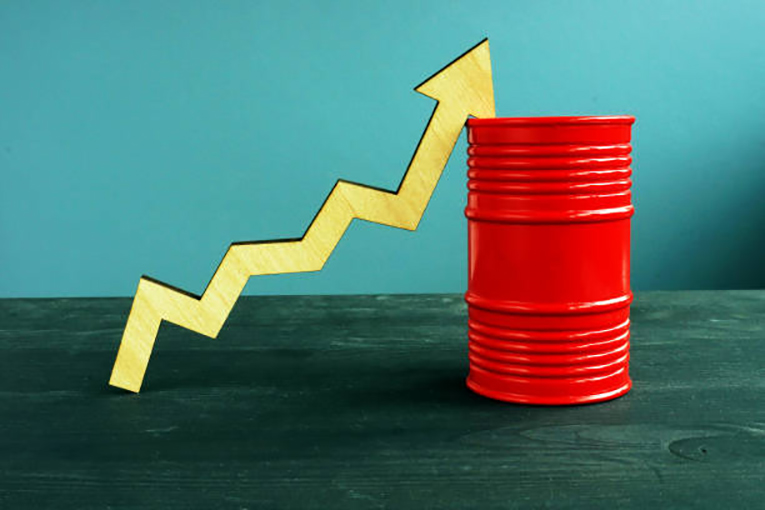 Today, West Texas Intermediate futures surpassed the $70 mark to close at its highest since October 2018. Accordingly, oil prices broke through a months-long trading range. Currently, expectations of tightening supplies in the U.S. sign the world’s largest oil-consuming country is in the midst of a robust recovery, Bloomberg reported.

In fact, confidence in the outlook for oil demand continues to grow also as a result of the vaccination acceleration. Therefore, this trend is allowing people to travel more.

On the other hand, the Middle Eastern Dubai benchmark is trading in its steepest backwardation. According to Bloomberg, this market structure indicates supply tightness; particularly, after the region’s physical market had a solid start to the month in the same period last year.

In this regard, Bill O’Grady, executive vice president at Confluence Investment Management in St. Louis, commented; “There are all sorts of technical models that work off closing prices.”

So, “any time you have a close above a number divisible by 5, it tends to be pretty significant,” continued O’Grady. Particularly, he said this was important in attracting flows such as those from commodity trading advisors.

Worth noting, oil’s advance from 2020’s collapse has stalled a handful of times this year. However, prices are usually returning to an upward track; mainly as overall global demand keeps improving.

Nevertheless, people in the sector should be aware. In fact, the Covid-19 comeback in part of Asia and Latin America is a reminder that the rebound will be bumpy.

In this sense, John Kilduff, a partner at Again Capital LLC, said; “We’re looking for a pretty sizable drawdown in U.S. crude oil inventories, while the demand thesis keeps improving.” However, “this atmosphere remains bullish, as we’re heading into a structural deficit in terms of supply versus demand.”

Other benchmarks such as WTI for July delivery showed oil gained 82 cents to settle at $70.05 a barrel in New York. Similarly, Brent for August settlement rose 73 cents to end the session at $72.22 a barrel.

Indeed, WTI’s discount against Brent is on the move again after surging to the narrowest since November last month. According to Bloomberg, with the narrowness in the spread persisting, U.S. exports may see a dip as WTI loses competitiveness.

Meanwhile, a recent Bloomberg survey showed that domestic oil inventories were expected to fall last week. Consequently, if confirmed by U.S. government data on Wednesday, that would be the third straight weekly decline.

First Solar will invest $640M to boost solar manufacturing in the U.S.

COP 26: US unveils methane reduction from oil and gas roadmap