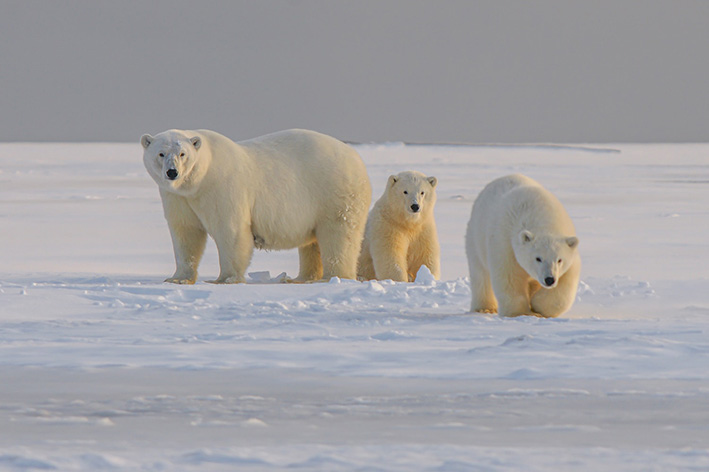 Seismic surveys in Alaska that would help find oil in the Arctic National Wildlife Refuge are facing its first roadblock; the company in charge to conduct them had its permission revoked from the Department of the Interior.

Firstly, the company in charge of the seismic surveys was The Kaktovik Inupiat Corporation; which is a Native-owned company that applied for permission to do the surveys. According to a brief report by the Department of the Interior, the company failed in its assessment to identify polar bear dens.

Secondly, Melissa Schwartz, spokesman for the DOI, declared the company’s permission revoked. According to Reuters, this roadblock may be a sign of the seismic plan’s demise; as the whole oil and gas activity in the region has faced a strong opposition from environmentalists.

As we reported previously, the Joe Biden administration opposed to the project that former president Donald Trump pushed, even in its final days in office.

In addition, oil production in the state has been plunging since the 1980’s; back then, Alaska produced more than 2 million barrels of oil per day. Now, its output is roughly 500,000 barrels per day.

Moreover, in 2017, president Donald Trump passed a bill that would have allowed drilling in the Refuge; consequently, in 2020, its administration conducted a series of leases to promote oil and gas activity in the region. Nevertheless, companies showed very little interest in the area.

After Trump’s final push for development on the Refuge, Kaktovik Inupiat Corp needed to identify polar bear’s dens in order to get authorization from the U.S. Fish and Wildlife to conduct seismic surveys and other assessments in the area.

Moreover, the plan considered seismic surveys on 352,416 acres within the refuge’s coastal plain. However, the company missed the February 13 deadline to perform the identification of dens. Consequently, Schwartz said that: “the company was advised today that their request is no longer actionable.”

Finally, as the Biden-Harris administration opposed the drilling in the area, this first roadblock may the first of many; in addition to the law suits by environmental groups and opposing members of congress.

Owners in the construction industry and the pandemic’s...