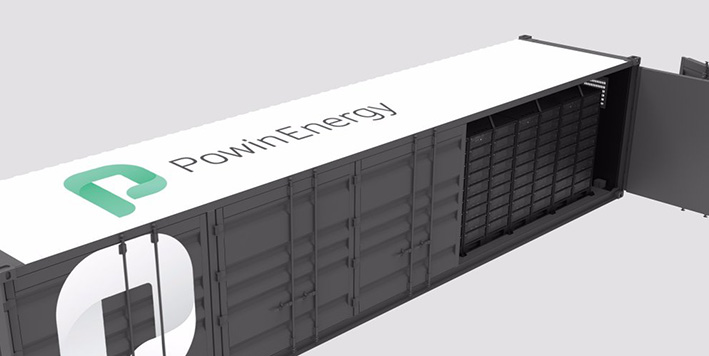 Powin Energy Corporation, an Oregon-based leader in design and manufacture of battery storage solutions, announced this Thursday it had secured funding to ensure its growth plans for the U.S. and North America.

The company also said the funding was secured through the signing of an agreement to sell its controlling interest; consequently obtaining significant equity funding from lead investors Trilantic North America, as well as Energy Impact Parterns.

Powin underlined in its statement. “This transaction will enable Powin to accelerate its growth plans; while also enhancing its bankability profile and solidifying its position as a leader in the energy storage market.”

Over the past decade Powin has developed more than 600 megawatts of battery storage systems. It also has supported 54 projects in 10 states and 8 countries; in addition, just recently, it has contracted a pipeline to supply 4000 MWh of energy storage globally, for the next five years.

Geoff Brown, CEO, said. “I am incredibly pleased to have Trilantic North America and EIP join us on our journey to transform the electric grid. Firstly, by building the world’s best batteries.” While also saying. “Indeed this investment marks their confidence in our team and products as well as the great potential of the storage market.”

Also recommended for you: Chevron with offer to buy Noble Midstream through stock transaction

“Beyond the capital they are providing, our new partners are adding invaluable perspective and experience to help us manage the massive growth; while also increasing our demand. Together we will bring the innovation, capital, and also the skill needed to deliver industry-leading value; reliability and a cleaner energy future for all.”

Consequently, Glenn Jacobson, Partner at Trilantic, stated. “Powin’s differentiated manufacturing and supply chain expertise puts the company at the forefront of the significant improvements we’re seeing in the economics of battery storage.”

Finally, Joseph Lu, Founder and Chairman of Powin, commented. “In partnering with Trilantic North America and EIP, we will now be able to execute our planned innovations; also to continue to disrupt the traditional cost structures of integrated energy storage systems; and to provide the safest and lowest levelized cost of storage.”

In conclusion, founded in 1989, Powin has had a long evolution from contract manufacturing to a network supplier in Asia.

Solar energy for Brazil by Energea Global and...

ESS partners with SB Energy for 2GW of...