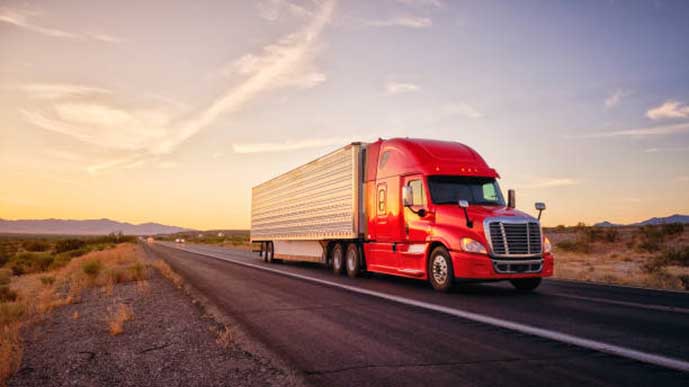 On Thursday, New Jersey’s Governor Phil Murphy’s administration announced a major push to transition medium- and heavy-duty trucks to zero-emission vehicles. In fact, this is a proposal crucial to achieving the state’s ambitious goal to reduce climate-warming pollution.  Moreover, the proposal won strong support from clean-energy advocates, and according to experts, a surprising little opposition from critics.

About the proposal in New Jersey

New Jersey’s Department of Environmental Protection announced the proposal with the aim to shift thousands of trucks away from fossil fuels. These trucks include delivery vans and long-haul tractor-trailers.

According to the state’s administration, such policy could put a considerable dent in the amount of greenhouse gas emissions (GHGs) contributed by the transportation sector.

Worth noting, if successful, the proposed rule could lead to significant improvements in air quality. Particularly, as environment writer Tom Johnson noted in an editorial for Spotlight News, the benefits could help dozens of communities of color in the state already suffering from unequal pollution burdens.

Indeed, sources of pollution targeting these communities, in particular, go from traffic from diesel-belching trucks to power plants and garbage incinerators. In this regard, environmental justice advocates have called consistently in the past for mandatory emission reductions from those sources.

Finally, if the proposal is accepted, New Jersey would become the second state (besides California) to adopt the “advanced clean truck” rule.

Such legislation would establish a deficit/credit program whereby truck manufacturers are invited to buy zero-emission vehicles instead of fossil-fuel trucks.

For Murphy’s administration, this rule proposal sets a significant first step in moving forward its twin goals. In fact, these objectives include first, reducing global warming pollution by 80% below 2006 levels by 2050; secondly, having 100% clean energy in New Jersey by midcentury.

New Jersey’s clean energy twin goals are nothing but new. In fact, these targets were first modeled in California through a similar rule adopted last summer. Accordingly, that legislation aims to reduce emissions from trucks, a particular problem in urban neighborhoods near ports and highways.

Reception – A ‘must’ in urban areas

In this sense, Kim Gaddy, an environmental justice advocate in Newark, who lives near the city’s port, said; As a matter of fact, “this rule will help us reduce emissions in our neighborhood. While the port is an economic engine for the region, it is a death zone for our neighborhood.”

Similarly, Jasmine Jennings of the environmental law group Earthjustice, commented; In brief, “New Jersey is in a position to make a real difference for people living in environmental justice communities.”

Why does ESG matter? – Opinion