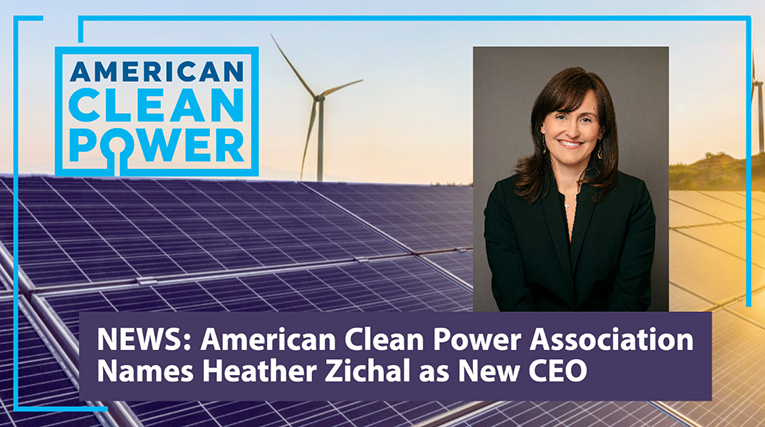 The American Clean Power Association, which will be launched on January 1, 2021, for the representation of clean energy companies, has named Heather Zichal as its first CEO.

Zichal has had a long career with environmental policies and green technologies. She served as a Deputy Assistant for the President during the Obama administration, in 2009.

In 2011, and after the departure of Carol Browner, Zichal coordinated the administration’s energy and climate policies, including the Clean Power Plan, which was the first climate change effort proposed by the Environmental Protection Agency.

By 2013, she left the administration and became a private consultant. Most recently she served as Executive Director of the Blue Prosperity Coalition, a global network including governments, NGO’s, and scientist groups to develop sustainability goals.

She also served as Vice President of Corporate Engagement for The Nature Conservancy (TNC); in that position, she coordinated engagement and multilateral corporations in developing and implement innovative approaches for many challenging sustainability issues across industries and economic sectors.

“Renewable energy has the potential to supply half of the nation’s electricity by 2030. Heather brings the perfect mix of experience, skills and relationships to help our industry seize this historic opportunity for further investment in the US economy,” said Jim Murphy, president of Invenergy.

“Solving climate change means leading a clean energy transformation which will rebuild America’s economy. American Clean Power will be the leading voice for creating jobs; spurring massive investment and driving innovation, while bringing us closer to the carbon-free future we need,” said Zichal, about her new position.

And she added: “This is a pivotal moment to unite the entire clean power supply chain behind one organization to ensure renewable energy continues to grow into the dominant source energy for America. No job could be more inspiring.”

According to the American Wind Energy Association statement, Zichal will occupy her new position as CEO, on December 14. Tom Kiernan, AWEA’s CEO, congratulated Zichal and looked forward to working with the new ACP.

Solar keeps resilient against the pandemic: rises 9% in 3Q

ExxonMobil to certify its natgas output for methane...