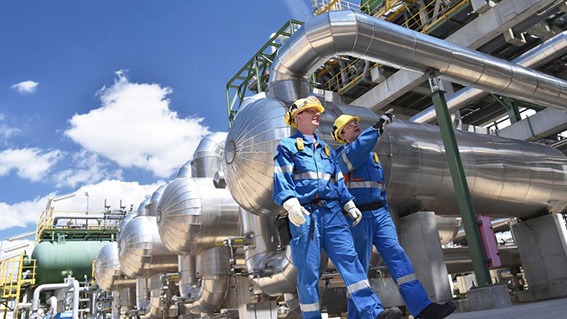 The new company merged between the Canadians Cenovus Energy and Husky Energy will have to cut off as much as 25% of their combined workforce, CBC News confirmed today.

Reg Curren, the senior media advisor for Cenovus, confirmed the CBC’s bad news via email. “The estimate is that the reductions will be approximately 20 percent to 25 percent of the combined workforce, which is about 8,600 employees and contractors.”

“As with any merger of this type, there will be overlap, and there will be some difficult decisions. We work to create a combined organization best positioned for the future,” Kim Guttormson, communications manager at Husky, added.

These cuts would be expected to take place in Calgary, where both companies have their headquarters; still, the new company that will operate under the name Cenovus will operate within the province.

Recommended for you: Alberta to end oil production curbs in December

According to Alex Pourbaix, Cenovus CEO, the cuts would create a new entity, a new company, stronger one, more resilient with a reduced risk of market volatility. Rob Peabody, Husky’s CEO, on the other hand, confirmed that the cuts would make better returns in a “tougher environment.”

New company to operate as Cenovus in Calgary

The merger between these two companies, according to the Cenovus report, will create a very strong Canadian oil and natural gas company with advantages in upstream and downstream portfolios.

Transaction was all-stock valued at $23.6 billion, inclusive of debt; also, the new company has an anticipated annual run-rate synergy of $1.2 billion. “We will be a leaner, stronger and more integrated company, exceptionally well-suited to weather the current environment and be a strong Canadian energy leader in the years ahead,” said Alex Pourbaix in the statement.

Earlier this year, Cenovus and Husky’s shares fell by as much as 63% and 70%, respectively; therefore, the merger has financial sense. It is expected for more Canadian oil companies to merge together or acquire smaller rivals.

According to CBC News, the merge is still to be approved by two-thirds of Husky’s shareholders, but Li Ka Shing, a billionaire from Hong Kong that controls 70% of Husky’s shares, voted in favor of the merge.

Canada and the U.S. agree on strategic cooperation...