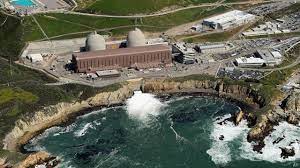 Thirdly, if signed by California’s governor, as is expected, the measure will make up to $1.4 billion available to California’s Department of Water Resources (DWR) under a newly established Diablo Canyon Extension Fund in the state treasury.

Moreover, the funds would then be doled out as loans to facilitate the extension of Diablo Canyon’s operating period. Also, the bill specifies that the final compliance date of the once-through cooling policy for the power plant is Oct. 31, 2030.

In addition, this approval represents a tempered win for Gov. Gavin Newsom. Newsom wanted to extend the life of the plant by 10 years, until 2035.

When PG&E announced the plant’s pending retirement, it cited challenges of managing “over-generation and intermittency conditions under a resource portfolio increasingly influenced by solar and wind production,” as well as potential costs for retrofits so the station could comply with a May 2010 California Water Resources Control Board policy restricting once-through cooling (OTC) systems for all the state’s water consuming power plants. Industry observers, however, suggest PG&E negotiated an agreement with anti-nuclear environmental groups, based on a flawed study that until recently was broadly accepted by California’s legislators and regulators.

The California Public Utilities Commission (CPUC) approved PG&E’s application to shutter the plant in January 2018, an initiative to replace the plant’s power with zero-carbon options was enshrined in state law by California’s former Governor Jerry Brown in September 2018.

Energy dispute not on agenda for U.S.-Mexico next week.

As a result, the governor in June indicated PG&E may apply for the Biden administration’s $6 billion Civil Nuclear Credit (CNC) Program. This is a measure aimed to keep struggling nuclear power plants online. Also it will help to keep Diablo Canyon open past its scheduled closure.

On Aug. 12, the governor proposed a plan, which in part includes giving plant owner PG&E a $1.4 billion loan.

Additionally, it had the backing of U.S. Sen. Dianne Feinstein. The California Independent System Operator (CAISO), which operates a large part of California’s grid, and the California Energy Commission have also suggested keeping the plant open could fill capacity needs, reduce gas burn, as well as provide certainty for OTC gas retirements and reduced risk for load growth, which is slated to soar as the state moves toward higher electrification.

However, this project has been fiercely opposed by some energy experts and environmental groups. They have raised issues related to safety, and the plant’s proximity to seismic faults. Finally, the bill also faced contentious debate in the state’s legislature.

Energy dispute not on agenda for U.S.-Mexico talks next week.