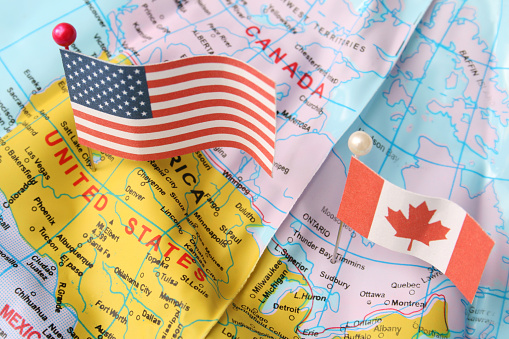 Firstly, both countries integrated energy systems and natural resource markets that produce billions in cross-border trade and support hundreds of thousands of jobs on both sides of the border.

Secondly, Jonathan Wilkinson, Minister of Natural Resources, was in Washington, DC, to meet with U.S. Secretary of Energy, Jennifer Granholm.

Also, Canada condemns recent efforts by Russia to use energy as a tool of influence and coercion.

The purpose of the meeting is to advance global and North American energy security; and to discuss opportunities to accelerate climate action and the transition to net-zero emissions.

Actions in the next year

The main action is to strenght the Canada-US Critical Minerals Action Plan. The recent commitments to invest in critical minerals under Canada’s Budget 2022 and the U.S. Infrastructure Investment and Jobs Act, both countries are collaborating on continental critical mineral strategies.

In addition, the sustainable development of critical minerals is essential to the clean energy deployment commitments; and the long-term power security of U.S.and its allies.

Also, the governments identified hydrogen as essential for contributing to 2030 climate objectives and the path to net zero by 2050.

Firstly, the Memorandum of Understanding that signed between the U.S. Department of Energy and Natural Resources Canada concerns cooperation on power.

Also, it includes their commitments to achieve a net-zero emissions electricity grid by 2035.

As well as it emphasizes the importance of affordable power particularly for disadvantaged, remote and Indigenous communities.

Canada and the United States share a common border, common interests and common values. We have an opportunity to work actively together to accelerate effective implementation while concurrently building an economy that will provide jobs and economic opportunity for all. I look forward to working with Secretary Granholm to make this happen.

The United States and Canada have built a strong international partnership to protect the planet and drive down energy costs, and we are committed to deepening our bilateral energy relationship to build an equitable clean energy future.

Power Electronics to deliver clean energy and storage to California

Shell announces FID on Whale development on the...

Republicans keep Texas as an energy bastion, they...

Battery boom in the U.S. will reshape power...