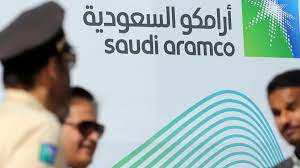 Saudi Aramco, the oil giant, this Wednesday earned the title of the most valuable company in the world, above Apple. This revealed happened after the surge in the oil producer´s shares. Those were valued above 2.4 trillion dollars. That amount leaves Apple just a little under closing with 2.37 trillion dollars.

The value of bought companies most likely will change again because of the fluctuations in the share prices. This is setting a precedent in the global industry dough, and it is essential to acknowledge it.

Speculations on the behavior in the oil share market.

Benchmark US West Texas Intermediate was trading around $105 a barrel on Tuesday to give an idea. Very similar was the case for international crude Brent which was around $107 a barrel. That meant a gradual increase of 40% year-to-date.

Saudi Aramco doubled its net proofing to $110 billion in 2021. In contrast with Apple, which already declared a risk in the supply chain in its latest earnings release. Also, the investors are keeping away from technology stocks for fear of rising interests that might curtail future earnings.

Another good news and bright panorama for Saudi Aramco is their share price on the Saudi Stock Exchange. It was up by about 30% this year so far. That is in contrast to Apple, whose shares went down about 20% year to date.

In conclusion, the war in Ukraine is creating changes and boosting the oil market, possibly due to fear of supply problems. It might leave the tech market aside in the meantime.

Amp Americas triples size of its US RNG-fuels...