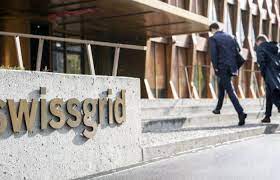 Swiss government talked about a possible “severe” power shortage. They are now setting up the “gas sector, crisis intervention group.” They are also preparing a monitoring system; this will allow them to prevent early detection of an impending electricity shortage.

These plans began since April, right when the attacks from Russia against Ukraine started. They knew a potential gas shortage might come from the war. The measures were from requesting the people to reduce their consumption to possible power rationing in the event of a crunch.

Swissgrid is now in charge of developing and operating a new monitoring system. The new system’s purpose is to be able to observe developments in electricity supply. The company expects to have it ready by end-2022.

“The monitoring system is to provide information. That on the current supply and market situation in Switzerland and analyses of self-supply.” The Federal Department of Economic Affairs, Education and Research said in a statement. “In particular, it is intended to show how long Switzerland could secure its electricity supply without electricity imports.”

Swiss also tasked the country’s gas association, VSG, with creating a new organization in charge of the intervention of crisis. Nevertheless, they are still exploring other alternatives because of the reservations expressed in the consultations. These reservations were about the association’s independence. Also, the lack of regulations is another issue.

“Against the background of the Ukraine war and the associated uncertain supply situation, the Federal Council is now nevertheless entrusting the VSG with the task of forming a (crisis intervention organization) for a limited period of one year,” the government said.

“In order to take account of the reservations expressed in the consultation process, the inclusion of gas consumer representatives (in the crisis intervention organization) is stipulated, and the mandate is limited to one year.”