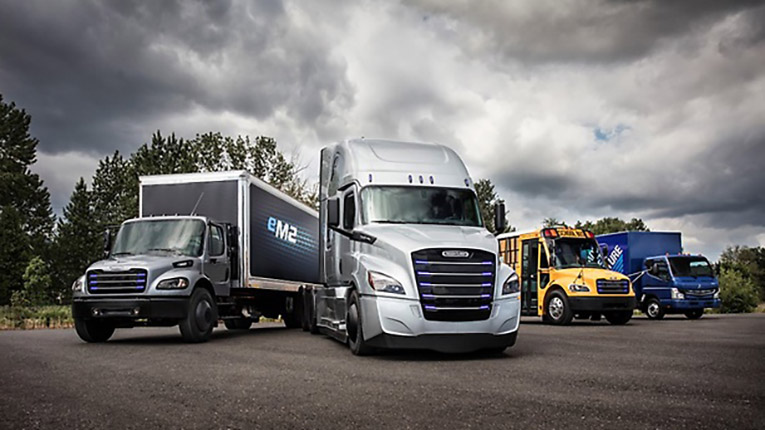 Daimler Truck North America, along with partners NextEra Energy Resources, and BlackRock Renewable Power, announced this Monday they will advance electric vehicle charging stations across the United States, after signing a Memorandum of Understanding.

Firstly, the MoU lays the foundation for the companies to establish a joint venture. According to the statement, the joint venture would launch in 2022. The JV will design, develop; install and operate a nationwide, high-performance charging network for medium- and heavy-duty battery-electric and hydrogen fuel cell vehicles.

Moreover, the companies will initially fund the joint venture with $650 million divided equally among the three parties. The primary goal of the JV would be to accelerate the rollout of carbon-neutral freight transportation.

In addition, according to the statement, one of the biggest barriers to the widespread deployment of electric trucks is the lack of a publicly available, nationwide electric charging infrastructure for commercial vehicles. Consequently, with the JV the three parties will be pooling their resources to address this challenge.

Daimler, NextEra Energy and BlackRock partership to create opportunities in the market

Furthermore, the parties plan to build a network of charging sites on critical freight routes along the east and west coasts and in Texas by 2026. Together they will leverage existing infrastructure and amenities while adding complementary greenfield sites to fulfill anticipated customer demand. The first phase will begin construction in 2023.

On the other hand, the parties will initially focus on battery electric medium- and heavy-duty vehicles; after that, they will jump to hydrogen fueling stations for fuel cell trucks; the sites will also be available for light-duty vehicles to serve the greater goal of electrifying mobility.

John O’Leary, CEO of Daimler Truck N.A., said about the matter. “Our joint investment will act as a catalyst to make a carbon-neutral trucking industry a reality. This project is a critical step toward developing a sustainable ZEV ecosystem across North America, and we look forward to including additional partners as it progresses.”

Finally, John Ketchum, president, and CEO, NextEra Energy, commented. “This collaboration builds on our market-leading eIQ Mobility software platform for quantifying the value and timing of fleet conversions and our decarbonization-as-a-service platform that help fleets execute on their plans to transition to zero-emission electric and hydrogen vehicles.”