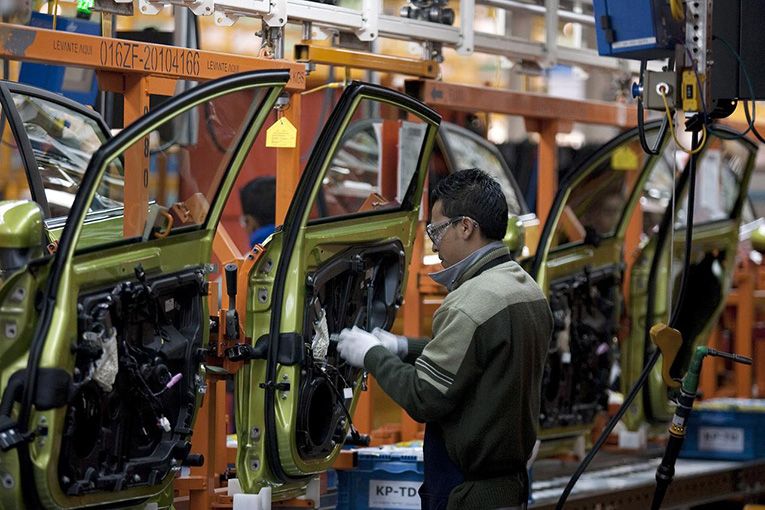 The US energy transition will benefit Mexico, especially with the generation of electric vehicles manufacturing jobs, said John Kerry, Joe Biden’s climate advisor, on his visit to Mexico. Kerry met on Monday with Mexican president Andres Manuel Lopez Obrador, with whom he discussed the transition away from fossil fuels.

Firstly, Kerry remarked on the fact that Mexico’s industrial base integrates deeply with North America. Consequently, “it absolutely stands to benefit from the US energy transition.” When the switch from fossil fuels to cleaner energies happens, Kerry added, “there are going to be a lot of good-paying jobs here in Mexico because of the connection already of the automobile industry and our two countries.”

Moreover, Kerry’s visit to Mexico intended to establish a dialogue before the upcoming United Nations’ COP26 climate conference in Glasgow, Scotland. Neither Lopez Obrador nor his Foreign Minister, Marcelo Ebrard, are expected to attend.

On the other hand, particularly for automobiles manufacturing, in deeply integrated between the US and Mexico. In fact, in 2019, around 1,5 million automobiles assembled in Mexico were sold in the US. In addition, many major brands like Chevrolet, Ford, and BMW have Mexico as their manufacturing headquarters.

Moreover, in May 2021, Mexico exported around 67,9% of all its manufactured vehicles to the US. Being the lowest participation of Mexico in the US market since 2018, according to official data. As a result, the transition in the US is expected to push Mexican assembly plants further into the adoption of cleaner sources of energy.

Also recommended for you: Iberdrola to invest $8,2B in a massive wind project in UK. Click here to read.

Mexico will support US energy transition; failing on its own

Mr. Obrador said about the matter. “We’re going to support the plan that President Biden is promoting through Mr. John Kerry. President Biden has an ally in advocating for climate policy to confront climate change.”

However, Mexico’s role in the energy transition is far from efficient. In fact, Research coalition Climate Action Tracker rates Mexico’s overall climate plan as “Highly Insufficient.” It says its policies and actions will “lead to rising, rather than falling, emissions and are not at all consistent with the Paris Agreement’s 1.5°C temperature limit.”

Indeed, the Mexican president has cut its environment ministry’s budget as part of an austerity drive. He has also dismantled policies promoting private investment in renewable energy, which has led to tensions with US energy developers.

Nevertheless, Mr. Obrador said during Kerry’s visit that he will tackle carbon emissions by revitalizing dilapidated hydropower projects; also, through a tree-planting program called Sembrando Vida. It aims to plant 700,000 trees and employ 450,000 farmers. In contrast, he has focused on reviving state-run oil and power generation companies. His government has also prioritized fossil fuels over renewable energy sources for Mexico’s national grid.

Finally, by 2030 Mexico plans to reduce greenhouse gas emissions by 22% over a business-as-usual scenario. According to experts, such a target would be highly unlikely to achieve.

Iberdrola to invest $8,2B in a massive wind project in UK