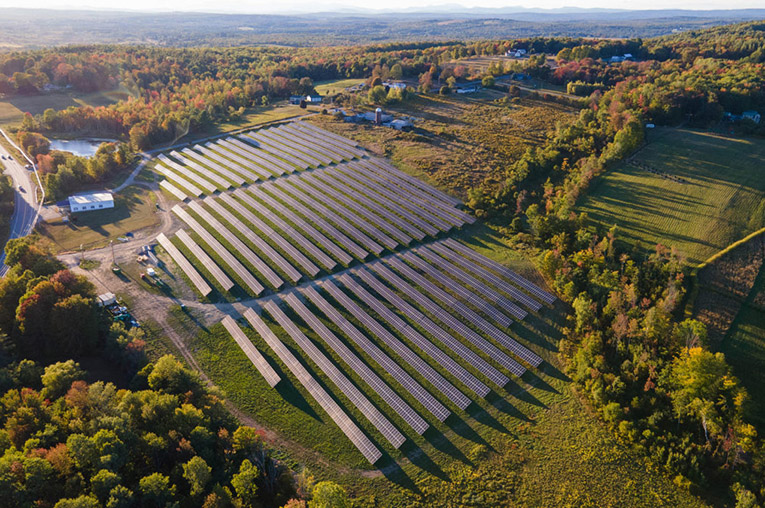 ReVision Energy, a renewable energy developer from South Portland, has partnered with Summit Ridge Energy of Arlington, Virginia, to develop 13 new solar farm projects in Maine. The solar portfolio will bring to the state’s grid around 44 megawatts of clean energy.

Firstly, the 13 solar farms will be at separate locations that the partners will announce later this year. However, the first project will be located in Sidney. It will be a 2,4MW solar energy farm that will help cut the electricity costs by 19% for a local bank, school district, and real estate company.

According to the statement, such output will offset more than for a local bank, school district, and real estate company. Overall, the 13 projects will deliver enough energy to power about 4,500 homes. This is equivalent to not driving more than 94 million miles with an average car, according to U.S. Environmental Protection Agency calculations.

Also recommended for you: Lightsource bp launches project that will power the world’s first steel mill. Click here to read.

On the other hand, and under the partnership agreement, Summit Ridge will provide construction and permanent financing for each project, while ReVision will serve as the portfolio’s contractor.

Furthermore, the whole 13 solar farms should be completed by the end of 2023 and will generate roughly 55 million kilowatt-hours of electricity each year. Such capacity will offset approximately 86 million pounds of carbon pollution from fossil fuel power plants, according to ReVision.

In addition, these projects are not the first of ReVision in Maine. In fact, the company developed a 4 MW solar farm in Skowhegan; the first Maine project to provide power to multiple states’ towns. The project provides energy to Topsham, Rangeley, Rockland, Dover Foxcroft, Vassalboro, and Vassalboro Schools.

Finally, the project will produce around 4,853,000 kilowatt-hours of clean electricity which is enough to offset the total energy use of 414 homes or the equivalent carbon offset of more than 4,000 acres of forests.

ERCOT asks Texans to conserve power ‘as much as possible’