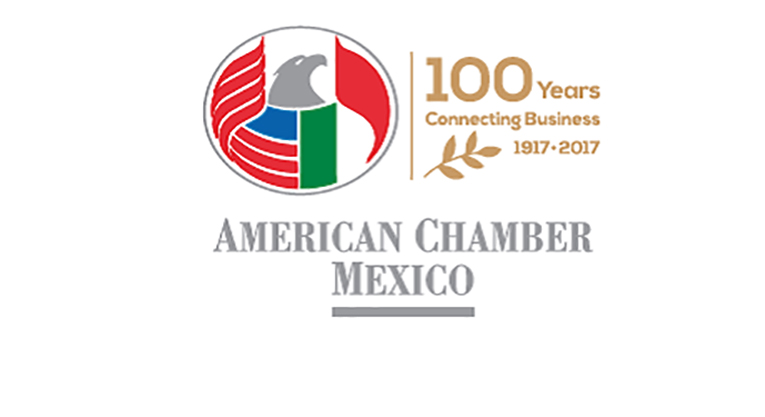 Today, the American Chamber of Commerce Mexico (AmCham) released a statement on the recent modifications to the General Rules for Foreign Trade. According to the non-profit organization, these changes will heavily affect the energy sector, including some infrastructure projects within the National Plan for Development in Mexico.

Besides, the modifications will negatively impact the further economic integration of the North American region, as well as its competitiveness.

Moreover, AmCham added that Mexico needs a regulatory benchmark based on the principles of legality, judicial safety, sustainability, and economic competitiveness. In this sense, the organization noted that compliance respect is crucial for energy security and the reliable supply of cost-competitive fuels.

AmCham – Aiming to safeguard competitiveness of the energy sector

Accordingly, the trade organization underscored how its 1,000+ members (companies) push for initiatives that aim to improve and strengthen the regulatory framework. That’s why AmCham is concerned about the recent changes introduced in the General Rules for Foreign Trade for 2020; notably, rule 2.4.1, which became effective last June 12th.

Indeed, this rule forbids private companies to import and export hydrocarbons from a different place than the authorized one. Therefore, the statute restricts the options of the private sector to purchase petrochemicals and hydrocarbons. Particularly, the modification removes the maritime possibility in terminals located outside ports.

As AmCham notes, this will significantly impact fuel prices and other products of the pharmaceutical and food sectors. Particularly, this will affect consumers’ pockets, and it can even have adverse effects on the logistics and costs of Pemex.

Affectations of the modifications

Similarly, this change puts at risk several business plans’ and investment projects’ continuity and execution. In this sense, the organization recalled how the customs law of 1995 added places different from the authorized ones; particularly, to allow private companies to contribute to harbors’ infrastructure development.

Thus, the decision will significantly reduce the capacities of private companies to use their existing or under development import/export infrastructure. Lastly, and particularly important, the modifications will limit the certainty of the Mexican legal framework; thus, going against fundamental international free-trade principles contained in the USMCA.

To date, AmCham notes, several investments are underway related to the development of important supply chains and energy infrastructure. More importantly, these investments complement the ones made by the public sector.

However, the modifications to the Rules for Foreign Trade add to other regulatory changes; particularly ones that have impacted Mexico’s regulatory certainty in recent months. Moreover, they have harmed the business plans of several companies that want to make long-term investments in the country.

As allies to the development of the Mexican energy sector, AmCham respectfully called on the Federal Government to guarantee a predictable regulatory framework. Lastly, the organization concluded, “the respect to these principles will be crucial to reach energy security and a reliable fuel supply, beneficial to customers.”

Source: News story based on information provided by AmCham Mexico via media release, 2021

ERCOT asks Texans to conserve power ‘as much as possible’