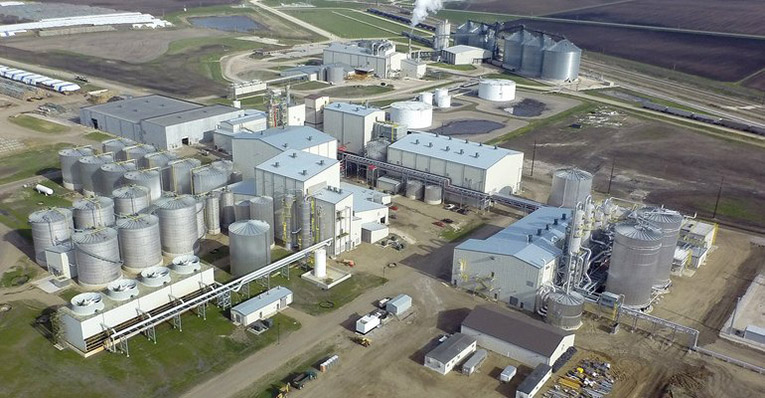 Biofuels producer, POET, in fact, the world’s largest, announced this Tuesday its commitment to go net-zero by 2050. The pledge comes as the company has released its inaugural sustainability report. It outlines its focus on Environmental, Social, and Governance (ESG) initiatives.

The company aims at achieving net-zero carbon emissions at its bioprocessing facilities by 2050; to reduce 70% greenhouse gas (GHG) emissions in fuel-burning by 2030 by deploying renewable, plant-based bioethanol. As according to studies, today’s bioethanol reduces carbon emissions by 46 percent compared to gasoline. POET’s bioethanol would cut those emissions further.

POET’s sustainability goals, however, go beyond that. Its goals are also designed to cut emissions while bringing value to rural America. It would do so by creating strong strategies and supply chains that further push its overall sustainability goals.

The company divided its strategy into two pillars. The first pillar includes the bioethanol emissions cuts outlined above; also, the commitment to invest in technology to advance the development of low-carbon bioproducts that can displace more fossil-based fuel products.

On the second pillar of its strategy, POET outlined the commitment to continue to support policy for biofuels production; bolster and expand POET’s Carbon Strategy Team; and the creation of programs and opportunities for its team to engage in ESG initiatives.

Furthermore, POET will strengthen its use of renewable energy, like solar and wind, to deeper cut emissions at its plants. In fact, as of 2021, the majority of POET’s headquarters in Sioux Falls, SD is powered by the first POET solar farm. The company will also deploy carbon capture technologies and water recovery systems to transform its operations further.

About the strategy, POET Founder and CEO Jeff Broin said. “Sustainability has always been at POET’s core. We recognize that our planet urgently needs bolder solutions and better results if we hope to restore harmony between human and nature and sustain Earth’s fragile balance for future generations.”

He also remarked. “Now more than ever, it is critical that we embrace the bioeconomy, significantly reduce our dependence on fossil fuels, and harvest our energy from the surface of the Earth.”

Finally, he concluded. “By outlining our vision for sustainability, we aim not only to position POET for long-term success, but to help blaze a trail toward global decarbonization through net-zero biofuels and bioproducts.”

Power prices go up in Texas and California...