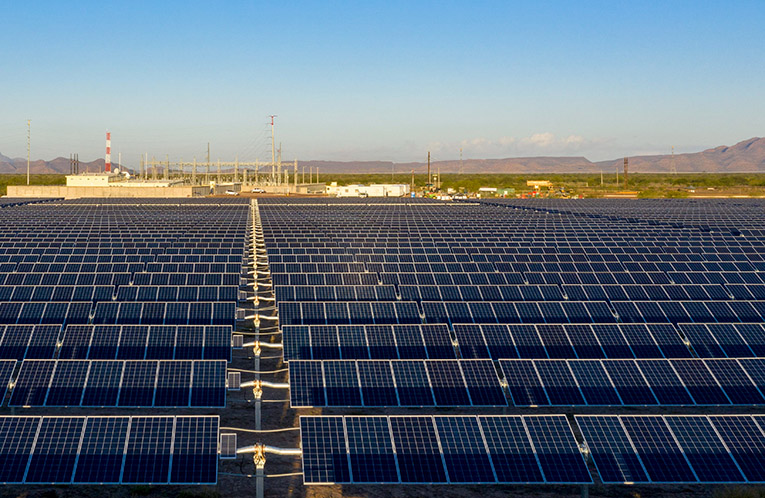 Mexico is advancing with the development of a $100 million solar project in Sonora, a northern state of the country; the project would provide cheap and clean electricity to the Baja California peninsula; one of the country’s most underserved areas.

Firstly, according to a S&P report, the solar project in Mexico is advancing. It will be located at 2000 acres in Puerto Penasco. The area is already secured, Sonora’s governor, Alfonso Durazo, said July 5 at a press conference.

Secondly, the Mexican government announced the project in early June; as part of the government’s efforts to deliver cheap and clean electricity to Baja California; and to leverage from the huge potential of Sonora for solar development.

Thirdly, according to the National University, UNAM, the Sonora state has the largest solar generation potential, of the whole country. In fact, according to a recent study, only 1% of the state’s territory could provide all the power needed in the country. Sonora borders with Arizona and New Mexico.

Moreover, the solar project in Sonora also involves building transmission lines to take the power to the north of the state and to the Baja California Peninsula; Mexican president AMLO said so during his morning conference on July 5.

Also recommended for you: Ontario creates opportunities for RNG in farming and agriculture. Click here to read.

Experts with suspicion about solar project in Sonora, Mexico

“The project has to be finished by the end of 2023 or early 2024,” the president said. Also adding that his government is promoting the use of renewable energy to reduce Mexico’s dependency on hydrocarbons.

In addition, Mexico’s dependency on foreign hydrocarbons was patented during winter storm Uri. When the Texas storm provoked havoc in the U.S., natural supply to Mexico stopped. This indeed affected the electricity grid in Mexico.

In fact, the country generates over 70% of its electricity using natural gas imported from the US. Roughly 12% of the federal government’s revenue comes from crude oil exports.

Finally, according to S&P, the project generates suspicion on some experts; firstly, because the AMLO administration has rolled back many renewable energy projects in the past; arguing their intermittency. However, this project will be 56% owned by Mexican state-owned utility CFE; and the remainder by Sonora state. “This decision sends the message that intermittency is not a problem if the energy comes from CFE.” Said Paul Sanchez, a partner at Mexico-based consultancy Perceptia21.

Ontario creates opportunities for RNG in farming and agriculture

Battery boom in the U.S. will reshape power sector for 2021

Howard University partners with ENGIE for a new...

Shell to bet on power trading and hydrogen...