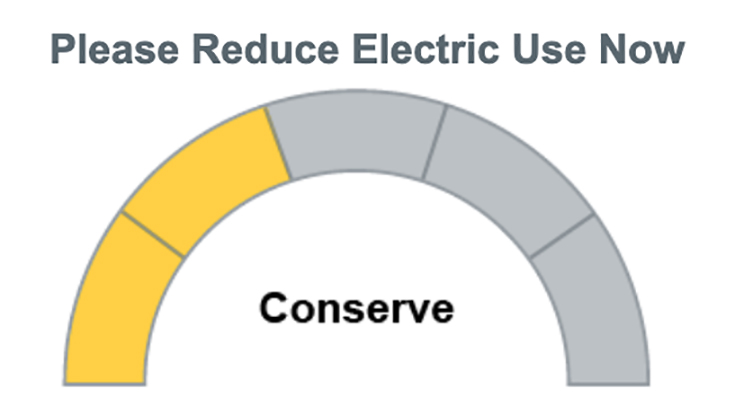 Today, Texas electrical grid operator, the Electric Reliability Council of Texas (ERCOT), warned residents to cut electricity use “as much as possible.” Indeed, this request comes as the operator expects several days of heat over 90 degrees Fahrenheit (32°C) for the rest of this week.

Moreover, combined with generation outages, this situation could strain the grid even before summer officially starts, said ERCOT on its website. In fact, in the week before the official start of summer later this month, several parts of Texas are expected to see the temperature cross 100 degrees F (37.8 degrees Celsius).

Accordingly, the operator set a series of recommendations for residential and commercial/industrial users. For instance, for residential consumers, ERCOT recommends them to put their thermostats to 78 degrees or higher; particularly, since every degree of cooling increases their energy use by six to eight percent.

Also, to turn off and unplug non-essential lights and appliances, avoid using large appliances like ovens and washing machines, and close drapes and blinds.

For businesses, the Texas operator recommends minimizing electric lighting and the use of electric equipment. And lastly, for large consumers, ERCOT suggests considering shutting down or reducing non-essential production processes.

Indeed, Monday’s warning comes after the state endured several days of blackouts during an unusual cold spell in February. As a result, this freeze left millions without power throughout the state.

Particularly, February’s freeze made apparent the challenges electric grids can face when confronted with unexpected weather patterns. Moreover, at the time, real-time ERCOT prices soared to over $2,000 per MWh at several pricing hubs due to surging demand.

Worth noting, ERCOT came under heavy criticism amid the freeze for the design of its grid. In fact, ERCOT’s grid does not pay operators to keep power generation ready under emergencies. As a result, the grid’s board resigned due to public pressure following the blackouts.

In this regard, Matt Smith, director of commodity research at ClipperData, a commodities data and analytics provider, shared with Reuters his perspective. Indeed, ERCOT was “supposed to have enough reserves to meet peak demand this summer; yet here we are in mid-June with the first bout of high temperatures, and they are already seeking conservation,” he said.

Moreover, “It does not bode well for the months ahead,” Smith added.

ERCOT also said more than 11,000MW of generation was down due to repairs. Therefore, considering that the peak demand could surpass 73,000 MW on Monday, that could strain the grid’s capacity to generate power for customers.

Accordingly, Woody Rickerson, ERCOT vice president of grid planning and operations, said; “This is unusual for this early in the summer season.”

Worth noting, Texas is the only state in the continental US with an independent and isolated grid. Therefore, ERCOT’s grid can avoid federal regulation. However, the federal administration still can limit the operator’s ability to draw emergency power from other grids.

As Reuters notes, ERCOT also operates the only primary U.S. grid that does not have a capacity market. This means having a system that provides payments to operators to be on standby to supply power during severe weather events.

Similarly, California also urged residents to prepare for the possibility of conserving energy in the coming days; particularly, due to the heat.

Agrivoltaics in Europe to be developed by Boralex and Sun Agri

GE Hitachi and OPG to develop nuclear SMR in Ontario

Vestas secures 396MW contract for a wind project in Australia