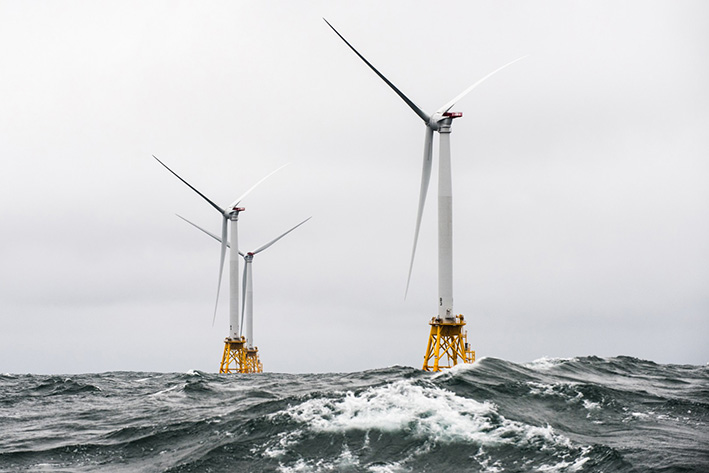 Vineyard Wind, an offshore wind farm to be located off the coasts of Massachusetts is one step closer to construction. The Biden administration, in contrast with his predecessor, has accelerated the process for the first large-scale offshore wind farm in the U.S.

Firstly, today the Office of Ocean Energy Administration pf the Bureau of Ocean Energy Management (BOEM) emitted the final environmental impact statement; which is the final step before the last approval for the project, which may come as soon as in one month.

Secondly, Biden’s BOEM has worked on the approvals so much faster than Trump’s, whose administration halted several times the project’s approvals, messing with its schedule.

The original plan from Vineyard Wind was to start onshore construction in 2019; then, put the first turbine in the seabed in 2021, and finally to have the 84-turbine wind farm installed by 2022. However, by December 2020, the project was down on hold until 2021.

Soon after that, by January 21, Avangrid, submitted a new construction plan for the project. Already to Biden’s BOEM. Avangrid expected to resume formalities with the Bureau of Ocean Energy Management to finally get the permits.

Also recommended for you: Tesla’s Gambit Energy with a 100+ MW battery project in Texas

Vineyard Wind to create thousands of jobs and millions in savings

“Indeed, BOEM is committed to conducting a robust and timely review of the proposed project,” she concluded.

“The comprehensive review by the BOEM of Vineyard Wind 1 ensures that both the project and the offshore wind industry are well positioned for long-term success,” he noted.

On the other hand, with this authorization, the project would be operational in 2023. Vineyard Wind will also have more than 800 MW of total capacity, enough to supply electricity to more than 400,000 homes and businesses in the Commonwealth of Massachusetts.

Mercedes Benz launches line of EV’s along with...