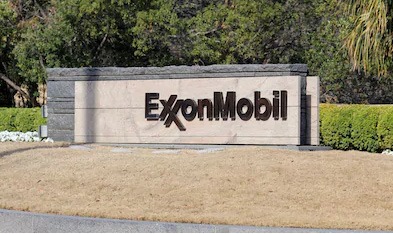 The American oil giant Exxon Mobil Corp is close to announcing job cuts in their United States and Canada Workforce. Employees received an email with the news on Wednesday, signed by Darren Woods, Exxon’s CEO.

Due to the covid-19 pandemic and the fall in oil prices and demand, the second-largest U.S. oil company, Exxon, lost nearly $1.7 billion in the first six months of the current fiscal year. Analysts even predict a $1.17 billion loss in the third quarter of 2020.

In the memo, Darren Woods said the job cuts are part of a plan to redesign Exxon and increase its competitiveness. The company did a great job of reducing operating expenses by nearly 1 billion. But the covid-19 pandemic had a devastating effect on the business, Woods said.

With a nearly 75,000-person workforce, the cuts are expected to save more financial cost to the company.

Woods said that they are very close to completing their jobs review and that they could expect some news after the company’s board is briefed.

Recommended to you: COVID-19: alternative capital sources may lead to expensive costs

To put the covid-19 crisis in context, Woods said that the impact on the business is five times more severe than the 2008 financial crash; even that the demand for oil supply has declined by almost 20%.

Exxon is not the only company to cut an important number of jobs. Shell, BP, and Chevron outlined earlier this year, nearly 15% of their workforce. On the other hand, Exxon declined to cut jobs and instead borrowed $23 billion to balance up their finances, hit by the loss of $15 billion in annual dividend.

Although all the companies have faced the same weakened demand, Exxon faces an extra burden: maintain its dividend without adding new debt. Analysts consulted by the CBC conclude that the prices would need to add another $10 per barrel to cover the crisis.

The company’s plan is to “continue to stage project execution and spending and preserve the value of investments while offsetting inefficiencies and costs associated with deferrals. Plans are leveraging the new organizational structures and better line of sight to the business to eliminate lower value work, redesign work processes, and improve cost competitiveness”.