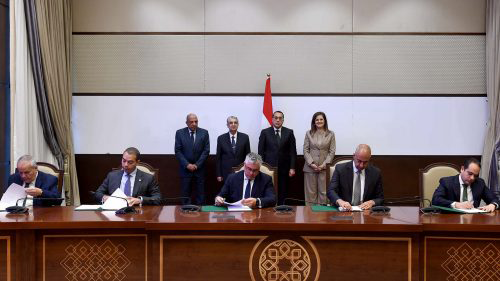 The Government of Egypt and bp signed an MOU. The memorandum will explore the possibilities of establishing a new green hydrogen production plant in the country.

Under the MOU, bp will conduct studies to assess the technical and commercial feasibility. Within the development of a large-scale, multi-phase green hydrogen export center in Egypt. Green hydrogen is produced by electrolysis of water powered by renewable energy. High-potential locations throughout Egypt will be studied, looking for best-in-class resources. This research is part of the feasibility study.

Anja-Isabel Dotzenrath, executive vice president of gas and low-carbon energy at bp, said, “bp is proud of its long history in Egypt and its important role in the country’s energy industry. Egypt has world-class renewable energy resources, and we look forward to working with the government to explore how we can support its ambitious low-carbon strategy.”

Ayman Soliman, CEO of TSFE, said, “The transition to a low-carbon energy system is no longer an option, but a necessity, as reaffirmed by the entire world during COP27. We are proud of this MOU with bp, demonstrating our role as a catalyst for that transition. Offering investors a wealth of renewable energy sources, an optimal export location, and an investor-friendly ecosystem. It builds on TSFE’s green hydrogen portfolio and complements our strategy and mandate to transform Egypt into a regional green energy hub.”

Nader Zaki, bp’s regional president for the Middle East and North Africa, said: “The expansion of our activities in Egypt demonstrates bp’s long-term commitment to Egypt. This MOU builds on Egypt’s efforts to become a regional energy hub. And we are pleased to be a strategic partner in supporting the country’s green energy transition plans.”

Hydrogen is one of the five growth drivers of bp’s energy transition. To achieve the development of green and blue hydrogen projects in profitable markets around the world. They are working on a significant and growing portfolio of options. These markets are in the UK, the Netherlands, Germany, Spain, the Middle East, the USA, and Australia, among others.

It can be of your interest: Oil slides over 3% on Russian price cap talks, U.S. gasoline build

Enbridge Gas and the City of Hamilton to...