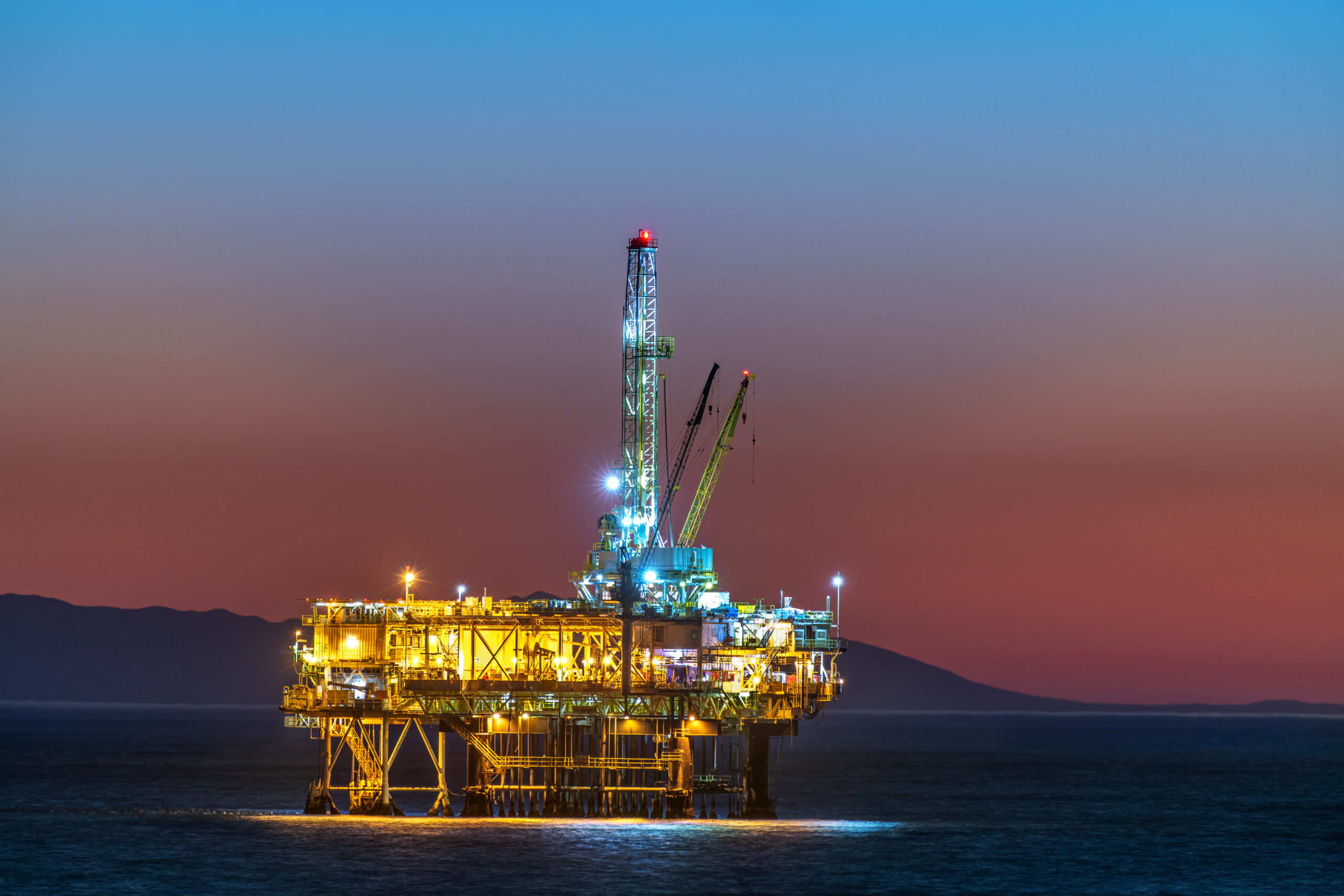 The oil and gas industry is looking to work in a more efficient way. With this, new offshore drilling and production technologies are being born in order to achieve the ambitious goals of the industry.

Offshore drilling is the process of extracting petroleum from reserves. What differentiates these from the mainland ones is that the first are located at sea and the second on land. Today there are around 1,470 offshore oil rigs around the world. In addition, offshore production accounts for 30% of global oil production and 27% of global gas production.

Moreover, offshore production began in the 1950s with 200 meters deep in shallow waters. By the 1990s, companies began to reach depths between 400 and 1,500 meters. Companies currently produce from depths of up to 3,000 meters and keep rapidly expanding.

This task is not an easy one; that is why companies are looking more and more for efficient and sophisticated technologies. But before getting into what these new technologies bring to the industry, it is important to understand the process of oil and gas offshore drilling and production.

Firstly, the process begins with exploration. The ocean is a vast, rich place and is mostly unknown to humans. One way of understanding or having a clearer view of what is below is using Geophysical surveys.

These surveys work with ground-based physical sensing techniques. They are made in order to explore what is below the surface. With these, we can find out if there are reefs, hills, deep holes, rocks, or sand. Also, if there are any species living there. This is really important since the objective is to make the most of the zone without disturbing its biological richness.

Secondly, once the Geophysical surveys have given their results and the chosen area meets the necessary conditions, drilling can begin. For this, companies use mobile offshore drilling units. These are temporary drilling units that clear the path for the permanent offshore platforms or production structures.

In some cases, these units can be turned into the recently mentioned platforms. The job of the mobile offshore drilling units is to find oil and natural gas reserves by drilling into the ocean’s floor.

The drilling process begins with spudding, where the mobile offshore drilling units carry out the drilling in an open hole location. The units drill the seafloor until it reaches the desired drilling depth.

Then the blowout preventer or BOP stack is installed in order to ensure pressure control of a well. Once the mobile offshore drilling unit hits the oil, engineers seal the well to prepare it for a production rig.

Thirdly, now that the commercially viable well is found, platforms can be built. There are different kinds of platforms, such as a Fixed Platform (FP), Compliant Tower (CT), Tension Leg Platform (TLP), SPAR Platform (SPAR), among others. Depending on the type of offshore environment, companies decide which platform will be the best.

Finally, offshore pipelines are the ones that make possible the distribution of oil and gas. They build them on the seafloor connecting subsea wells to the platform and form the platform to the coast. Once the oil and gas are on land, refinery processes begin, and are eventually, distributed.

So, as we can see, it is a massive process that requires a lot of machinery and people working together. Furthermore, any little mistake can scale into catastrophic results since, as mentioned before, it directly involves the local ecosystems. So, state-of-the-art technology is vital.

Here are some examples of the newest and most sophisticated technologies used and that are changing the oil and gas industry:

With this, it is easier to make fund-based decisions and predictive maintenance, as well as discover, analyze and explore the seafloor; making it possible to implement an adequate solution. Also, to reduce risks, cost savings, and increase the success rate.

With so much data being received, cloud computing comes as a key player. This technology is able to store and process data on remote servers. With this, people working on the drill can have fast and safe access to all the data, allowing them to plan, improve, change and make the most of the operations.

On the other hand, the Internet of Things has rapidly grown and made its way to the oil and gas industry. This new technology makes it possible to improve production, optimize equipment, monitoring of machinery and infrastructure, as well as to ensure worker safety.

It enables real-time data collection, helping prevent any leaks and detect anomalies. It also provides remote access to the usage and maintenance data of remote machines.

The use of robotics and automation comes as an excellent solution for the oil and gas industry. Offshore drilling and production jobs often involve working in complex environments that might be risky for workers. Implementing robotics and automation reduces these risks increasing the workplace safety and optimization. Also, these technologies make it possible to inspect areas that were inaccessible to humans. It is projected that by 2030 the global market value of automation technology in the oil and gas sector will reach around $42 billion.

With the collected data, it is easier to understand when some equipment is failing, or something is wrong. It enables engineers to quickly assess equipment conditions and, more importantly, to implement measures and solutions at the right time. With this technology, there is an improvement in safety.

Augmented Reality (AR) and Virtual Reality (VR) come as very useful tools. They are able to show real-time information about equipment, tools, and parts. Additionally, VR headsets can give practical training to workers without visiting the plants, reducing risks and incrementing efficiency. Moreover, AR sets can provide hands-free instruction steps and relevant tools and parts. It is expected that by 2024 the AR and VR market will increase ten times to ~$300 billion.

Understanding what is below the surface and around the location of the drilling platform is not an easy task. As mentioned before, they are often in a place with some extreme and risky conditions. By using 3D modeling and high-quality visualizations, it can make it easier to create realistic representations of the subsurface reservoirs and the equipment used.

A Manufacturing Execution System is a software focused on the production. It monitors, documents, and integrates manufacturing facilities, operational technologies, and computing systems. The aim of this system is to control the production process, making it safer, faster, and more reliable.

The Offshore Technology Conference (OTC), an annual conference held in Houston, Texas, since 1969, that gives the Spotlight on New Technology Award. The aim of the award is for companies that innovate and create the most advanced technologies in the industry.

Among the winners of the 2022 Spotlight on New Technology Award were Bosh Rexroth with the production of SVA R2, the first electric Subsea Valve Actuator with safety by springs as compact as hydraulic actuators.

So, as we can see, digitalization is rapidly taking over the oil and gas industry. The innovations and technologies that are being used are drastically changing the way drilling and production are made. These technologies can be a glimpse of the future of the industry where companies are focused on being efficient in a way that they don’t harm the planet but, at the same time, are able to satisfy the increasing need for energy and have a safe work environment.