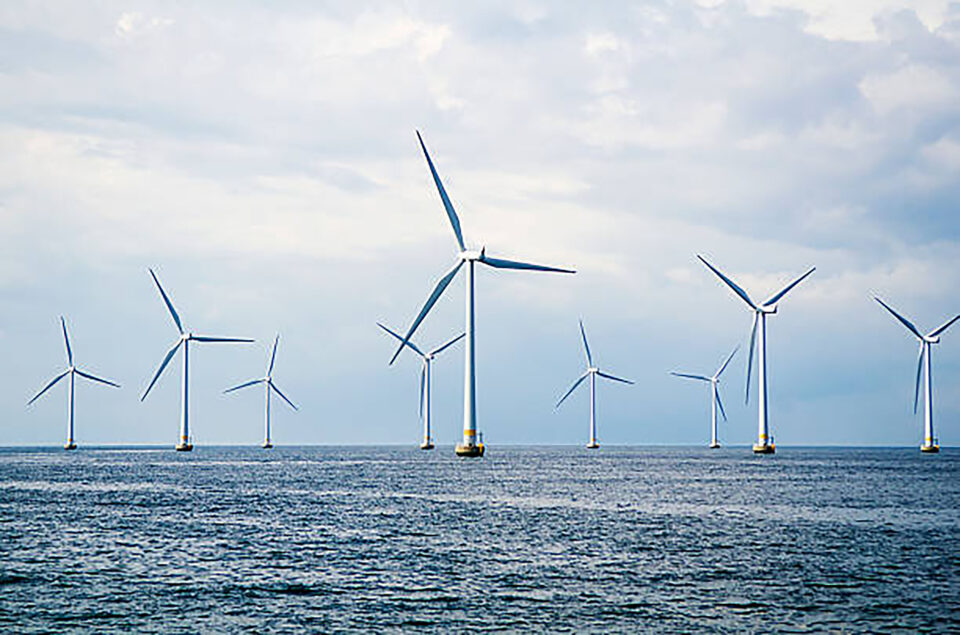 Wpd, EDF Renewables, and Enbridge today announced the launch of construction activities on the 448-megawatts Calvados offshore wind farm, located in the Bessin coastline, France. In fact, this announcement comes after the finalization of financing agreements between the consortium and its financial partners.

Possibly of your interest: US-India energy partnership for sustainable development

Earlier today, wpd, a European clean energy company, EDF Renewables, and EIH S.à r.l, subsidiary of Enbridge Inc., a North American energy infrastructure company, announced the launch of construction activities on the Calvados offshore wind farm. This new project has an expected capacity of 448-MW and will be located more than 10 km from the Bessin coastline, France.

In this regard, the 448-MW Calvados offshore wind project will have 64 wind turbines. Indeed, it currently occupies a total surface area of approximately 45 km2.

Upon its commissioning, scheduled in 2024, it will generate the equivalent of the annual electricity consumption of 630 000 peoplw. For instance, 90% of the Calvados French department’s population.

In fact, the total project cost is around €2 billion. Besides, most of it will have funding coming from non-recourse project finance debt. Furthermore, the Calvados offshore wind farm holds a 20-year power purchase agreement (PPA); granted by the French government in June 2018.

Accordingly, the three-and-a-half-year construction project will create over 1000 direct jobs in Normandy. Moreover, it will contribute to the development of the French’s offshore wind industry.

Also, upon commissioning, the companies expect to create a total of 750 direct and indirect jobs. Furthermore, the plant will also manufacture the 71 wind turbines for the Fécamp offshore wind farm; awarded to the same consortium, which began construction in June 2020.

Moreover, EDF, Enbridge, and wpd will assemble the wind turbines at the Port of Le Havre. Offshore construction activity is due to commence in 2022.

Besides, the consortium already signed its main supply agreements with top-tier providers, including:

Reception from wpd, EDF, and Enbridge

Also, during its service life, the wind farm’s maintenance will create approximately 100 sustainable local jobs. Thus, these would be based at the port of Caen-Ouistreham, France.

For instance, Bruno Bensasson, EDF Group Senior Executive Vice-President Renewable Energies, and Chairman and Chief Executive Officer of EDF Renewables, stated; “We are thrilled to announce today that, together with our partners Enbridge and wpd; so, we are launching construction of the offshore wind Calvados (Courseulles-sur-Mer) project.

Furthermore, “the EDF Group, a leading player in the French offshore wind segment, is proud to be playing its part in establishing this industry in France. Offshore wind energy is an integral part of EDF’s strategy, which has recently been enhanced and now aims to more than double its net renewable energy capacity worldwide from 28 to 60 GW between 2015 and 2030.”

Accordingly, Matthew Akman, Senior Vice President, Strategy and Power, Enbridge, said; “We are pleased to reach a final investment decision on our third offshore wind farm in France. Also, for construction to formally commence on the Calvados (Courseulles-sur-Mer) project. Therefore, the Calvados project is another proud achievement for us and our partners, EDF Renewables and wpd.”

Finally, Achim Berge Olsen, Executive Director of the wpd AG Group and Chairman and Chief Executive Officer of wpd offshore France, stated; “We are very proud that this next step in the Courseulles-sur-Mer project has taken place, after a long work undertaken by our teams in 2008 in Normandy. In conclusion, beyond the industrial opportunities created by this project, the Calvados park anchors the sustainability of offshore wind in the French energy mix.”

AspenTech in deals to acquire Micromine