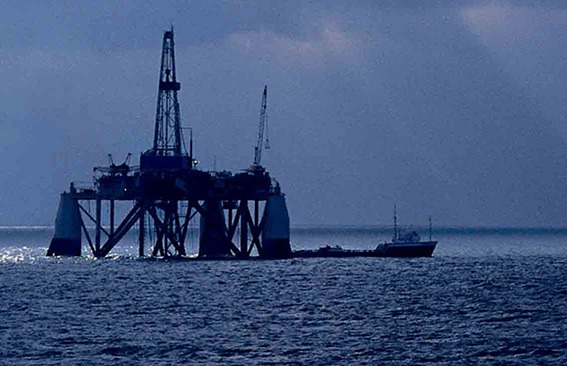 Almost half of the oil & gas assets located in the U.S. Gulf of Mexico shut down production today due to the risks associated with the Zeta tropical storm, which is expected to grow into a hurricane in the coming days.

According to the S&P report, nearly 914,811 barrels per day of crude production and 1,500 million cubic feet per day of natural gas were shut. They represent 49% and 55%, respectively, of the total production in the Gulf of Mexico.

Major companies like Shell, BHP, BP Chevron, among others, confirmed that they’d shut all operations in the area. BP and Chevron shut down all their platforms and evacuated all personnel from them.

Shell said in a statement that “at our Stones asset, we have begun evacuating non-essential personnel and shut-in production. We have safely paused some of our drilling operations and currently have no other impacts on our production across the Gulf of Mexico.”

BHP spokesman declared the company shut Shenzi and Neptune, while Equinor shut its Titan platform. The measure was taken seriously by many companies. Others, like Occidental Petroleum, were less precautionary, saying: “All of our facilities have plans to prepare for weather-related events, and those in the storm’s potential path are implementing those procedures.”

Recommended for you: Energy jobs for the future: clean or fossil?

With the entire industry struggling to consolidate after the covid-19 crisis, shutting down half of the Gulf of Mexico’s assets is a heavy blow for production. Blow that has been preceded by the 90% shut in the region after hurricane Delta. Almost 1.9 million barrels a day had to be put down.

Through October, Beta, Sally, Marco, Laura, among other tropical storms, disrupted the area’s activities. As for Zeta, the storm is expected to grow and impact south-eastern Louisiana. There, the hurricane threatens about 2.7 million b/d of refining capacity.

Jeremy Eikenberry, a spokesman for Exxon, said the company assets in Louisiana are operating normally. Still, they are monitoring the storm very close for not to be caught in a difficult position by it. Exxon holds 517,000 b/d of refining capacity in the area.

Many refiners in the area are monitoring Zeta closely. Decisions upon closing or not in Louisiana land will be taken along the next 24 hours.

The Potential for Climate Progress in Latin American...

Oil drops for second day in a row...