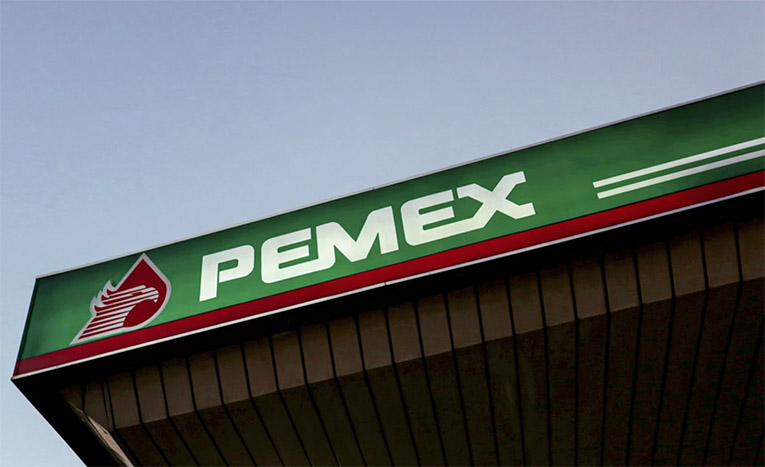 Gas stations in Mexico are slowly going back to an exclusive supply of Petroleos Mexicanos (Pemex) gasoline. According to an S&P Global report, the government’s permitting and compliance measures have pressured their ability to compete with sales of other brands.

Firstly, since the energy reform launched by former president Peña Nieto in 2014, gas stations in Mexico slowly turned to sales from global suppliers like ExxonMobil, Shell, bp, and others. The strategy back then allowed the entrance of such brands to the Mexican market and substantially increased foreign fuel imports.

However, the government headed by Andres Manuel Lopez Obrador, current president of Mexico, has changed pace and aims at strengthening Pemex. Therefore, it has increased inspections of import facilities continuing Obrador’s quest to reduce competition to the state-owned company.

Moreover, the Energy Regulatory Commission (CRE) is the institution that carries out the inspections, together with law enforcement and the tax authority SAT. In fact, according to the source cited by S&P, the government suspended activities of the reception terminal operated by Glencore in the port of Dos Bocas, Tabasco state.

Also recommended for you: LNG prices in Asia and Europe rise after Nord Stream 2 delay. Click here to read.

The source said in addition. “Glencore has continued to supply the market with imports from another terminal in the neighbor state of Veracruz and purchases from Pemex.”

On the other hand, market participants argue that there have been severe shortages in recent weeks at G500, the Mexican group of independent service stations Glencore supplies. These shortages by G500 have been so deep in Dos Bocas that stations are considering going back to exclusive Pemex supply.

Furthermore, a station owner added. “There has been a short supply for the last two weeks, but the provider is not giving us any information.” He also remarked that he was ready to end his contract with G500 and go back to Pemex.

Finally, the Dos Bocas region has a strategic value for the Mexican governments, as it is the area in which the new refinery is under construction. The Dos Bocas refinery has been indeed one of the top projects by Obrador’s administrations and has deep political implications.