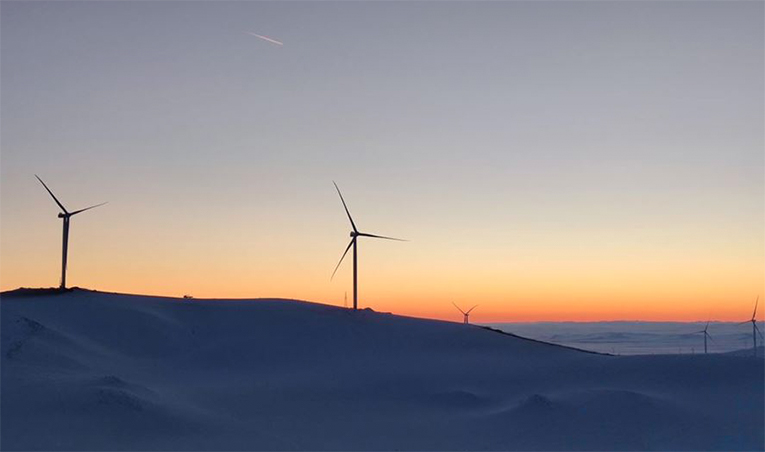 A rise in raw material prices is leading Siemens Gamesa to discontinue its sales operations in China and increase turbine prices by 3%-5%. The company’s CEO told the German publication WirtschaftsWoche on Friday.

Accordingly, Andreas Nauen, Chief Executive Officer with Siemens Gamesa, said the company is “giving up local direct business in China because it is no longer of interest.”

However, Nauen said the company will continue to produce wind turbines in China’s Tianjin, but only for export to Japan.

A similar assessment in Turkey and Russia

Similarly, according to information reported by ReNews, the CEO said Siemens Gamesa will put its operations in Russia and Turkey under review. Thus, Nauen explained this was because tenders there require wind turbine builders to have a high level of local production.

Nauen also said that “the projects there (Russia and Turkey) are very risky because building a wind farm on land is only possible for a few frost-free weeks a year.”

In China’s particular case, the CEO noted that the country “is a market for domestic manufacturers.” To that, adds a rise in raw materials for manufacturing, such as steel.

Therefore, Nauen told the publication that a rise in turbine prices is on the cards at Siemens Gamesa due to these strong price fluctuations.

Hence, he said: “In the recent past, we have very often sold our onshore wind turbines at fixed prices. We are therefore now concluding new projects with floating price clauses – as has long been the norm for offshore wind turbines with a longer project duration.”

Accordingly, the CEO declared the wind turbine manufacturer “will increase the prices for new wind turbines by 3% to 5%.”

The company’s presence in the Chinese market

Until March 2021, Siemens Gamesa’s Tianjin facility produced more than 2.3 GW of onshore wind turbines in 2020; thus, accounting for more than 30% of the global production of 7.7 GW.

Although domestic manufacturers dominate the Chinese wind market, the company could sell an average of 700 to 800 MW of wind turbines locally per year.

Moreover, Soares noted that a key reason for focusing in the local market was that capacities in the Tianjin-based and Shanghai-based blade manufacturing facilities far exceed(ed) domestic demand.”

At that time, the company’s APAC chief also noted that to Siemens Gamesa, setting up factories in China was a key strategy; particularly, to achieve cost competitiveness, secure supply chains, and global standardization.

“This way, we can supply products to anywhere in the world. I would call it a global Siemens Gamesa manufacturing hub rather than China or Asia Pacific manufacturing base,” added Soares.

The Tianjin-based facility mainly produces onshore wind turbines with a power rating ranging from 2 to 4 MW. Additionally, it also began to build turbines rated more than 5 MW; mainly, to meet demand from developers for turbines with bigger capacity.

Worth noting, according to a Bloomberg New Energy Finance report released earlier this year; China built more new windfarm capacity in 2020 than the whole world combined in 2019.

The landscape for foreign and private players in China

Accordingly, local and foreign developers built almost 100GW worth of wind farms in China last year; thus, representing a rise of nearly 60% on the previous year. Moreover, the study found that China built more than half of the world’s new wind power capacity.

However, despite this considerable increase in China’s wind installed capacity, private and foreign companies in the country are highlighting an important issue; how the rules of the game especially favor State-Owned-Enterprises.

Indeed, the “big 5” energy companies in the country, namely China Energy, Huaneng, Huadian, Datang, and SPIC; own about half of all energy projects in China, reported Reve in 2019.

The remaining half is mainly distributed among some smaller specialized state-owned enterprises and provincial state-owned energy groups. Therefore, only a small portion of energy projects is owned by private or foreign companies. The distribution is similar for offshore wind, as state-owned players predominantly develop the approved pipeline, with a few exceptions.

Wind energy for Saskatchewan by RES and Cowessess First Nation