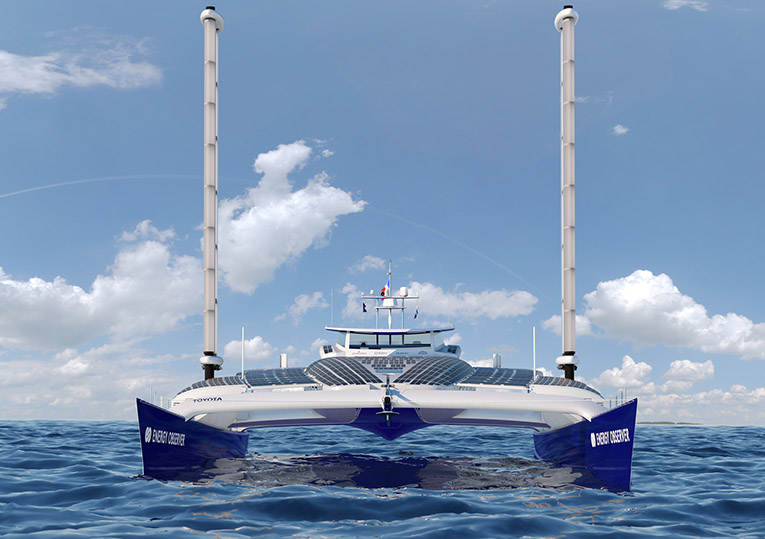 Air Liquide, the international pioneer on the hydrogen sector, announced today it will become the main partner for 4 more years to Energy Observer; the first 100% powered vessel in the world. Although both instances have been working together for a long time, their partnership is now extended.

Firstly, under this new collaboration phase, both parties will set a new platform for technological support; which is fully in line with the sustainable development objectives of the Air Liquide Group, including its commitments to renewable hydrogen in particular.

Secondly, Energy Observer is now at a new phase of development; it has a new subsidiary, the EODev (Energy Observer Developments); with which it will provide port, land and innovative solutions, such as the GEH2. This is a hydrogen power generator with which Energy Observer lit up the Eiffel tower during the “Paris de l’hydrogène” event. Air Liquide provided the hydrogen.

Thirdly, after all the growth and sustained developments by Energy Observer, Air Liquide decided to strengthen its commitments as main partner for 4 more years. According to the statement, this new stage will take the form of support to the Energy Observer Foundation; to enable L’Odyssée to continue its mission to raise awareness and educate; but also, through skills sponsorship.

Consequently, Air Liquide employees, who have developed unique expertise across the entire hydrogen value chain; may be called upon to collaborate on Research & Development projects conducted in the form of a partnership. This new approach aligns with Energy Observer as well as Air Liquide’s commitments to accelerate the development of renewable hydrogen.

Also recommended for you: Oil goes down 5% as OPEC+ reach agreement on production curbs. Click here to read.

Moreover, about the relevance of the new commitment, Matthieu Giard, Air Liquide’s VP, said. “Through the collaboration of our teams with Energy Observer’s, and the testing of hydrogen technologies in extreme environments; we will be able to accelerate the development of hydrogen-based solutions; and their large-scale applications, in particular in the maritime sector.”

He also remarked. “It is by acting now, as we prepare for the future and develop new models of sustainable mobility; that we will be able to have a positive impact on tomorrow’s society.”

On the other hand, Victorien Erussard, Chairman of Energy Observer, said. “We, along with Air Liquide, want to develop real breakthrough innovations with even more diversified applications and we are very happy to strengthen our partnership with the Group.”

Finally, he remarked. “Air Liquide’s know-how combined with the innovations developed and tested by Energy Observer are essential; in order to be able to offer concrete solutions on a large scale to fight global warming; and also prepare a better world for future generations.”

OPEC worried about oil prices amid a new...