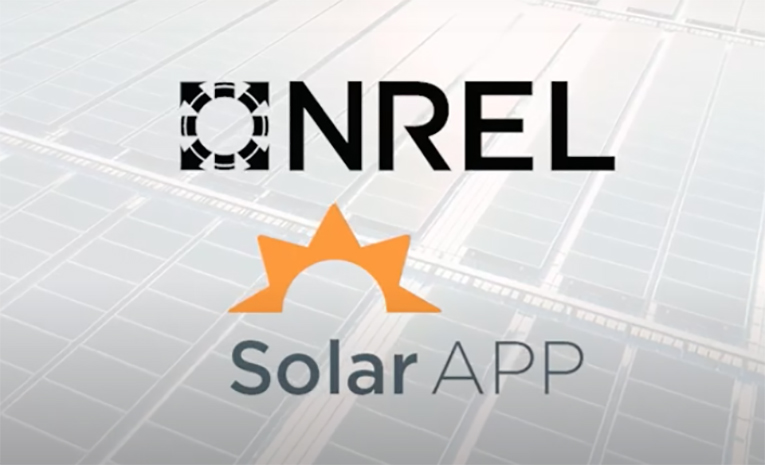 Today, the U.S. Department of Energy and the National Renewable Energy Laboratory (NREL) announced they are formally launching SolarAPP+. Accordingly, this initiative will help state and local governments to streamline and automate rooftop solar permits.

In this sense, Abigail Ross Hopper, SEIA president, and CEO commented on the launch of SolarAPP+: “Indeed, today is a landmark day for America’s solar progress. Thus, we congratulate the National Renewable Energy Laboratory and the U.S. Department of Energy for launching SolarAPP+.”

In fact, “SEIA and our members have worked tirelessly alongside building officials, solar companies, and government leaders to develop this critical platform,” continued Hopper.  Accordingly, this platform “will expedite safer solar installations, deliver a better customer experience, and save money for local municipalities; specifically, allowing them to devote more resources to their communities.”

Advancing solar adoption in the U.S.

SEIA’s CEO also noted that more than 3 million homes and businesses in America currently have solar. Moreover, the country could see about 500,000 rooftop solar installations this year alone.

Consequently, installations are going to double over the next five years. Hence, “tools like SolarAPP+ can make that process easier, safer, and more affordable than ever before,” the CEO said.

As Hopper notes in her statement, “it’s critical that we act now to address the climate crisis and decarbonize the grid.” Accordingly, the industry needs to accelerate residential solar deployment quickly; in that way, SolarAPP+ will help the sector do that.

Finally, she added; “We can’t stop here, though, which is why SEIA is urging Congress to act on a bold infrastructure package; particularly one that prioritizes long-term policy drivers for solar and storage deployment. Further, that package should also include continued funding for programs like SolarAPP+. Lastly, that will be instrumental in tackling the biggest climate and energy challenges yet to come.”

Green hydrogen could compete with fossil fuels by...

Corporate policies supporting gender diversity: a must in...