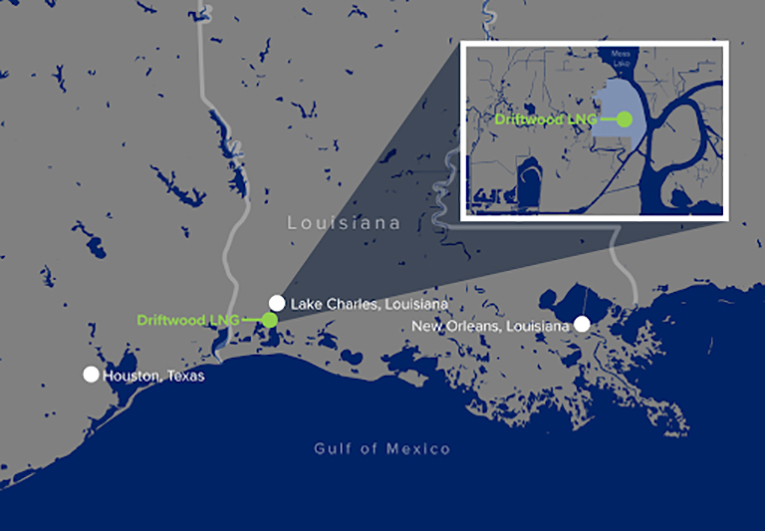 Read more of our news content, here; TotalEnergies and Hyzon Motors to develop hydrogen for transportation

Worth noting, in the past, Tellurian wanted partners like TotalEnergies to invest in its Driftwood project. In fact, this LNG facility will include a liquefaction plant, pipelines, and natural gas production.

Accordingly, Tellurian would provide partners with access to LNG from the project.

Other agreements, other actors

However, in May and June this year, the LNG developer signed 10-year agreements to sell 3 million tonnes per annum of LNG; specifically with commodity traders such as Vitol and Gunvor Group. Thus, signing these deals helped push Tellurian stock up about 250% so far this year.

In this sense, Tellurian said in a federal filing on Monday; In fact, “the Total agreements were terminated because they are not consistent with the commercial agreements that Driftwood has reached with other counterparties.”

According to analysts, Tellurian would likely have to choose between a business model that seeks partners and another in which the company sells LNG to buyers; for instance, Vitol and Gunvor.

In fact, many LNG companies either sold LNG or equity stakes to partners; mainly because of their need for financing in exchange for LNG shipments for a certain number of years.

Under the now-terminated agreement, TotalEnergies “agreed to purchase, and Tellurian to issue and sell” 19.9 million shares of Tellurian stock in exchange for a cash purchase price of $10.064 per share; indeed, this transaction is still subject to the satisfaction of certain closing conditions.

Reception and what’s coming for the Driftwood LNG project

Moreover, Rousseau added that Tellurian “must feel the best way to get this project built.” Therefore, the company can achieve so “by selling the offtake to traders; rather than [gas-producing] companies.”

Indeed, as reported by Reuters, one condition was Tellurian’s making a final investment decision to build the liquefaction plant within 24 months of a July 10, 2019, agreement.

Tellurian, however, has not yet made that decision. Accordingly, this makes Driftwood one of more than a dozen North American LNG projects; that have repeatedly pushed back decisions to start construction. In fact, this is due primarily to an insufficient number of customers signing the long-term deals; those are particularly needed to finance the multi-billion-dollar facilities.

Tellurian said it plans to start preparing the Driftwood site for construction later this summer. Moreover, with construction beginning in the first quarter of 2022.

Lastly, as some analysts said, the end of the TotalEnergies share purchase agreement could free Tellurian to sign other deals to sell LNG. Indeed, the company has reportedly been in talks with other companies to sell the super-cooled fuel.