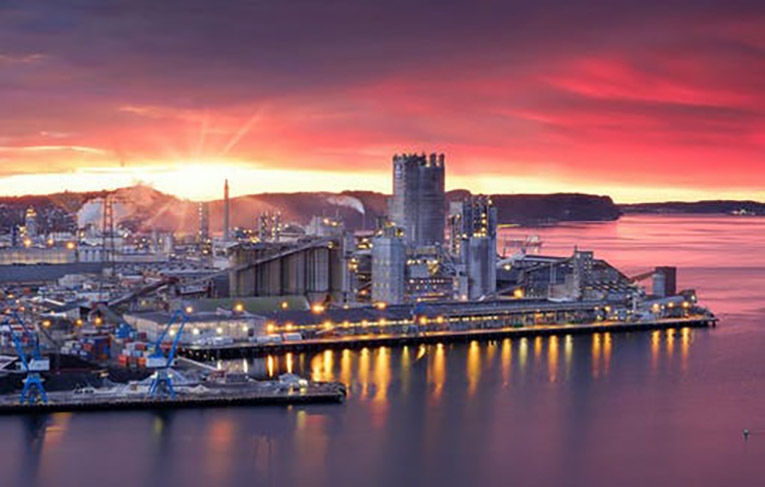 A clean hydrogen hub in Norway has now Shell as a strategic partner; along with Aker Clean Hydrogen (ACH) and CapeOmega. ACH announced this Monday it signed a Memorandum of Understanding with AS Norske Shell to explore opportunities on the matter.

Firstly, the MoU is for exploring ways to develop clean hydrogen using natural gas in the Aukra Hydrogen Hub; located in Aukra, Norway. The gas would come from the local gas processing plant at Nyhamna.

Secondly, Shell is the operator of the Ormen Lange gas field on the Norwegian continental shelf; and Technical Service Provider at the related gas plant at Nyhamna in Aukra. The company is also an owner in the Northern Lights Joint Venture; a CO2 transportation and storage partnership.

Consequently, Shell would provide the natural gas to produce the hydrogen; which will be useful in the decarbonization of local industrial processes, provide emission-free fuel for sea and road transport as well as being exported to European hydrogen consumers.

Thirdly, according to Reuters, all the emissions related to the production of hydrogen at the facility will be captured and stored. Therefore, the production of it will be clean. About the relevance of the project for the company, Marianne J. Olsnes, Managing Director of A/S Norske Shell, said. “Shell’s target is to become a net-zero emissions energy business by 2050.”

She also added. “Joining forces with Aker Clean Hydrogen; and CapeOmega to work on the exciting opportunities within the Aukra hydrogen hub is a natural step on our path towards reaching our target.”

Moreover, CEO of Aker Clean Hydrogen, Knut Nyborg, remarked. “This is an important milestone for us. I’m very happy to have Shell onboard as a partner together with CapeOmega on this project; as all three partners have a strong connection to the Nyhamna terminal, and together we have got what it takes to develop; build and also operate the Aukra Hydrogen Hub safely and cost-efficiently.”

In addition, according to the statement, earlier this year ACH and Aukra municipality entered into a cooperation agreement granting ACH exclusive rights to explore; and develop a project for production of hydrogen, ammonia, and also, related products in the region. Later in June, ACH and CapeOmega partnered for the development of the project.

ERCOT made a $16 billion mistake during the winter storm: Potomac Economics

Brewer Anheuser-Busch now powered 100% by renewable energy in the U.S.