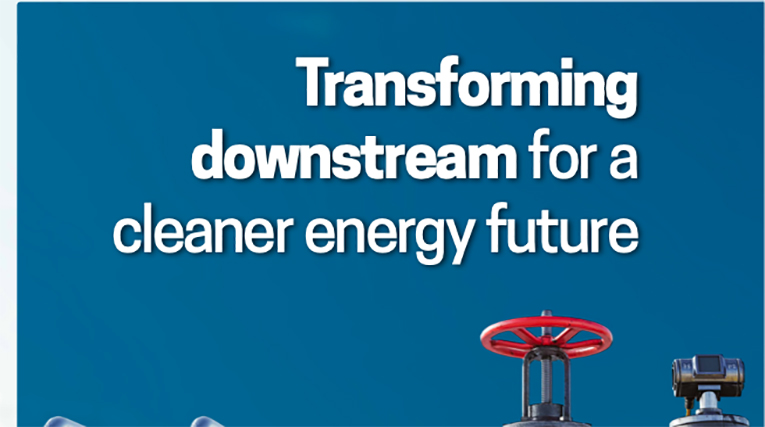 Particularly in the United States, despite, or maybe even because of the disruptions experienced during the winter storm Uri or the Colonial Pipeline cyberattack, gasoline demand is up.

According to the Energy Information Administration, 2021’s fuel consumption rate will increase to almost 9.0 million barrels a day; indeed, 1,2 million more when compared to last year’s same period. Accordingly, U.S. crude oil production is forecasted to reach 11.3 million b/d in the fourth quarter of 2021; and then rise to an average of 11.8 million b/d in 2022.

However, gasoline burning, specifically in the transportation sector, is one of the most pollutant activities among the overall pollution share. In fact, this process accounts for about 28% of total U.S. greenhouse gas emissions; thus, making it the most significant contributor to the country’s GHG emissions.

Consequently, diversifying the downstream sector, and going from 100% fossil-fuel-based gasoline to multiple feedstock-based fuels, is vital. Indeed, the Biden-Harris administration has made this a cornerstone of its agenda. Hence, it has pledged to spend over $2 trillion to accelerate the adoption of greener transportation solutions by 2024.

The many faces of the new downstream

The new downstream has, in fact, many faces; this diversified sector includes solutions like blending biofuels and ethanol-based into petroleum-based fuels to be used with conventional motors.

Similarly, new natural gas-fired vehicles, electric vehicles, and fuel cell vehicles are powered by hydrogen or biofuels produced with biomass. To support those solutions, public and private investment are needed, mainly for infrastructure development. Also, to create new standards and public policies that incentivize the market; further, that push it into new clean and reliable scenarios.

An overview: a multifaced sector

One of the first efforts in the U.S. for greener fuel adoption was the Renewable Fuel Standard; a program created by Congress to tackle emissions and introduce and incentivize renewable fuel use.

Accordingly, such measure would uplift the demand for ethanol; a volatile liquid produced from corn, which is the main ingredient for a specific type of biofuel. Therefore, a strong ethanol demand would strengthen the agriculture sector and create a stronger supply chain.

Nevertheless, the ethanol industry in the U.S. has struggled with both the effects of the pandemic and the resistance from refiners; particularly, they argue blending ethanol-based fuels into their mix hurts their financials.

Moreover, a rush of waivers for refiners under the Trump administration meant a massive blow for ethanol producers. Further, during the pandemic, they faced almost the destruction of demand. Thus, according to the EIA, ethanol output in April averaged 951,000 barrels per day, just 6,6% below the 2017-2019 period; indeed, a post-pandemic-best.

Green hydrogen production has been another solution for the downstream sector, specifically for the long-haul transportation industry. As batteries for long-haul electric trucks would be considerably heavy, making large-scale fleets economically and logistically inviable; hydrogen fuel cell trucks are becoming the next generation solution for the decarbonization of heavy-duty trucks.

For that matter, for instance, Nikola Motor company recently partnered with TravelCenters of America (TA-Petro) to develop and deploy hydrogen fueling stations for heavy-duty trucks. The installments in two existing TA-Petro sites in California have the ultimate goal to deploy a nationwide, full-scale charging network.

Similarly, oil giant Chevron announced in April that it teamed up with Toyota to explore the use of hydrogen in the transportation sector. Therefore, through a Memorandum of Understanding, both companies agreed on pushing for policies that support hydrogen infrastructure; particularly for hydrogen-powered transportation and storage.

Such hydrogen developments would help Chevron lower its greenhouse gas intensity for oil and gas by 35% versus the 2016 threshold.

The case for Canada

In Canada, where hydrogen is also advancing strongly, Suncor Energy and ATCO announced in May a partnership to develop a world-class hydrogen project in Alberta; indeed, the most extensive of the country and worldwide.

Therefore, both companies intend to produce more than 300,000 tons of clean hydrogen per year; in fact, to be used, 65% of it for Suncor’s refining processes in its Edmonton refinery and 20% for the Alberta natural gas grid. Moreover, 90% of the emissions related to the production of the hydrogen itself would be captured.

This project would lower Alberta’s GHG emissions by over 2 million tons a year. In addition, in late May, Suncor announced its goal to reduce its GHG emissions by ten megatons by 2030. Thus, switching to biofuels and the hydrogen production effort in Alberta would play a vital role in reaching that goal.

Renewable Natural Gas (RNG) has the potential to dramatically lower emissions from fuel burning. Mainly produced from the capturing of methane from decomposing biomass or organic waste from dairies, landfills, and wastewater treatment plants, it can decrease at least 70% of the harmful GHG gas emissions related to burning it.

Furthermore, depending on the RNG source, it can reduce even 300% of these gases, making it a negative carbon fuel solution. Consequently, Clean Energy Fuels, the leader in clean fuels in the U.S., announced in early May it secured contracts for its RNG supply aimed at transportation fleets.

Specifically, the company secured a contract with Pac Anchor, a port drayage company that serves Long Beach and Los Angeles ports. Thus, the contract consists on the supply of 2,5 million gallons of RNG. Such output will serve as fuel through the company’s charging network for trucks.

The company also expanded RNG accords in Canada, where it secured a contract for the supply of 13 million gallons of RNG over the duration of the contract. Thus, such output will serve BC Transit stations and Central Frazier Valley Center, where it will power 60 buses with RNG.

Indeed, this fuel is a key element of the new downstream, and this is not surprising if we consider its carbon lowering potential. According to Trucking.info, diesel and gasoline have a 100 equivalent CO2 megajoule measure; in contrast, RNG from landfill sources has 50, and biogas from dairy manure -250.

EIA’s data show that the U.S uses around 45 million gallons of jet fuel every day; such amount is equivalent to the 6% of total petroleum use. In terms of emissions, the Air Transport Action Group, a coalition of aviation experts focused on sustainability issues, says that air travel emits around 2% of the total GHG emissions globally.

Consequently, lowering the footprint of jet fuel is a critical component of the strategy that the global energy industry is embracing to tackle climate change. This is particularly the case for the U.S., as it recently drew a new bill to subsidize greener forms of jet fuel substantially.

Produced from sustainable feedstocks like animal grease or plant oils and later combined with traditional fossil fuel, the green jet fuel can reduce the emissions of airplanes by almost 85%.

One of the companies pushing its use is Honeywell. The Honeywell Green Jet Fuel offers substantial cuts in emissions and higher energy density in flight, allowing aircraft to fly farther on less fuel.

The bill drawn by the U.S. government includes a tax incentive of $2,00 for every gallon of sustainable fuel produced. Such an amount would make the tax credit one of the most extensive subsidies for clean fuel in the country.

Indeed, the bill is expected to pass shortly; it already has support from environmental groups, federal agencies like the Environmental Defense Fund, and companies like United Airlines and Airlines for America.

Making business; where are the opportunities?

In conclusion, the downstream sector is well on its way to diversification; from EVs to biofuels to RNG and hydrogen, new solutions are arising to lower the sector’s environmental footprint.

Companies in the U.S. and Canada are increasingly betting on these new solutions; thus creating a demand and supply platform.

But a final question remains unanswered, where are the opportunities? There’s one answer: Innovation. With increased competition for cleaner alternatives, a traditional fossil-fuel-based downstream is on the way out.

With greater rates of efficiency, lower carbon footprint, and cheaper feedstocks, advanced biofuels are already eating up the market. According to the EIA, on its latest data available, the U.S. petroleum refining capacity hit a low record of 18,4 million barrels a day (Sept 2020), mainly due to the push of renewable fuels and lower carbon petroleum subproducts.

Moreover, the Department of Energy announced in May 2021 a $35 million grant for research projects that optimize the synthesis of renewable fuels; and biorefining to benefit the energy, transportation, and agriculture sectors.

Digitalization in Energy: the value of a suitable technology partner

Big Data and Analytics: An Opportunity under Development in Downstream

Shell sells US refinery to HollyFrontier Corp. for $350 million

KXL to be fully renewable energy powered by...