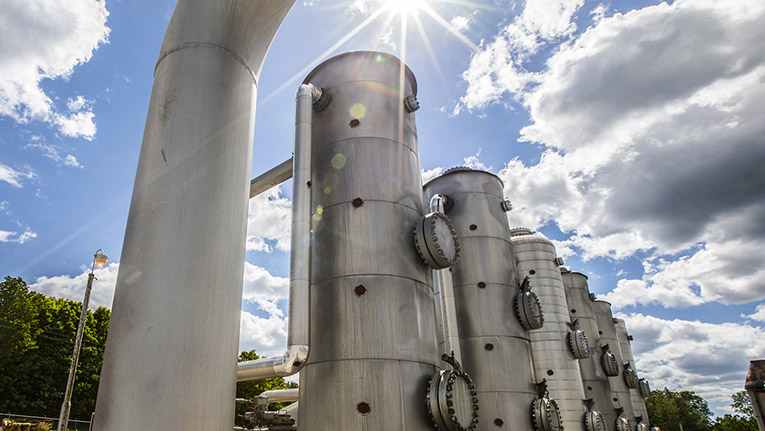 A pipeline went out of natural gas this Thursday, leaving the West Virginia area with no supply of the resource, reported Reuters. The pipeline is the Columbia Gas Transmissions operated by Canadian midstream company TC Energy.

Firstly, operators of the Columbia Transmission pipeline said that the outage was due to “an operational event”; the cut is calculated at 2 billion cubic feet per day.

Specifically, the event was an “upstream MarkWest operational event; affecting the Sherwood and Mobley plants in West Virginia, necessitating a curtailment of scheduled volumes by the upstream point operators.”

Secondly, according to Reuters, Marathon Petroleum Corp, which owns MarkWest, were not immediately available for comment. However, Columbia Gas Transmission pipeline said it would post more information as soon as possible.

Thirdly, the event took a toll on gas flows of several operators in the area; specifically, to those that rely on the Sherwood and Mobley plants output; such as Equitrans Midstream Corp’s Equitrans pipeline, which fell from 0.4 bcfd earlier in the week to zero on Thursday.

Also recommended for you: Equinor and Partners to develop Kristin Q-discovery. Click here to read.

Moreover, Energy Transfer’s, Rover pipeline also fell from 0.8 bcfd to zero; and the Columbia Gas Transmission pipe itself; which fell from 0.7 bcfd to zero, according to data from Refinitiv.

In addition, the sum of the natural gas cuts goes around the 2 billion cubic feet per day of natural gas; which is the amount of power necessary to supply natural gas to 10 million homes for one day.

On the other hand, according to Refinitiv, natural gas output in the lower 48 states dropped from 89.0 bcfd on Wednesday; to a preliminary 85.4 bcfd on Thursday, which would be the lowest since the February freeze froze gas wells and pipes in Texas.

Finally, energy traders noted that only a fraction of that decline in the lower 48 states was related to the Columbia Transmission Gas/Markwest event. The rest was likely what they called “noise” in the data that often occurs at the start of the month. They said the data was preliminary and subject to change over the next day or so.

Germany and the U.S. reach agreement on Nord Strem 2

Renewable energy consumption in the US grows to...