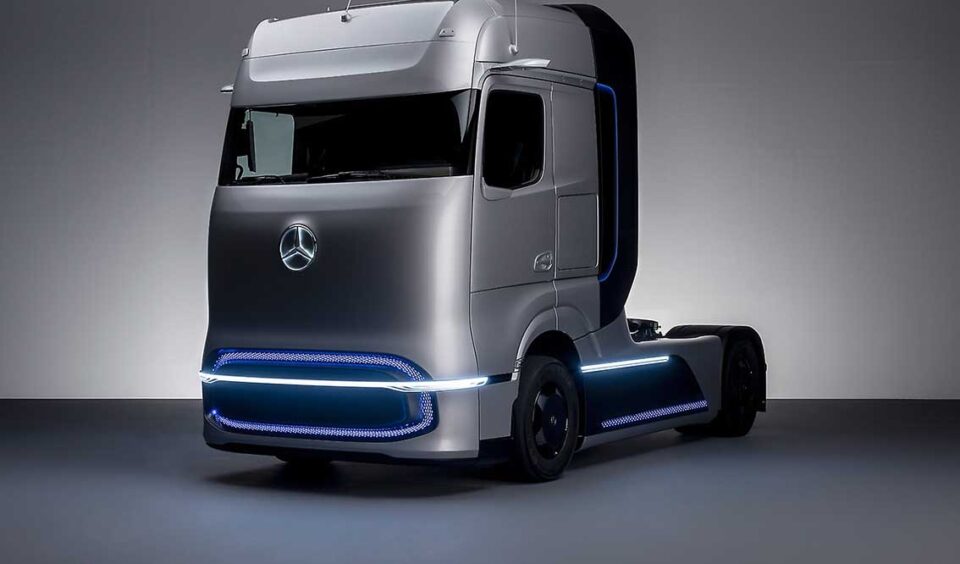 German car maker, Daimler, announced this Thursday it is launching a strategy that aims at going 100%electric and hydrogen powered in its trucks segment by 2025. According to Reuters, Daimler will launch Daimler Trucks later this year, while it seeks to increase its market on the electric car business.

Firstly, Daimler Truck’s CEO, Martin Daum, quoted by Reuters, said. “Both technologies, electric and hydrogen, will be needed. And we intend to lead the way in both technologies.” He said, as the company pretends to sell 60% purely zero emissions trucks by 2030; and a 100$ by 2039.

Secondly, the company will focus on both electric and hydrogen technologies, as their trucks will be used for shorter distances. As the batteries needed for long-haul distances would be too heavy. Consequently, hydrogen fuel cells will lead the path on short-haul transportation.

Thirdly, Daimler Trucks pretends to tackle that market with lower costs and capital expenditure, while focusing on maintaining ample margins in North America. But the highest margin profits will be on Europe and Asia; Daum said to Reuters.

Moreover, Daum remarked. “We are absolutely committed to resetting profitability. We have to deliver on this as a public company. It will start first and foremost with fixing Europe; in fact, Europe is our biggest challenge.” He said.

Also recommended for you: Producing Clean Energy with a Pandemic, Is Possible – IEA completes Solar Farm in IN. Click here to read.

Indeed, by 2025 Daimler Truck is targeting margins above 10% under favorable market conditions, and between 6% to 7% under poor conditions; Reuters reports. Also, the company plans to cut on personnel expenses; specifically, by $300 million euros by 2022.

On the other hand, the company has been seeking partnerships and corporate agreements. Firstly, it chose the Chinese battery maker, Contemporary Amperex Technology, as its main supplier for the Mercedes-Benz eActros long-haul electric truck.

The company also reached to an agreement with Shell, under which Shell will launch hydrogen fueling stations. The production of such fuel will come from green hydrogen hubs at Rotterdam, in the Netherlands, and Germany.

Finally, Daimler Truck and Volvo announced last month they are jointly cutting the costs of hydrogen fuel cells by 5 or 6%, by 2027. They seek to produce new and cheaper technology together.

Google and Fervo team up in world-class geothermal...