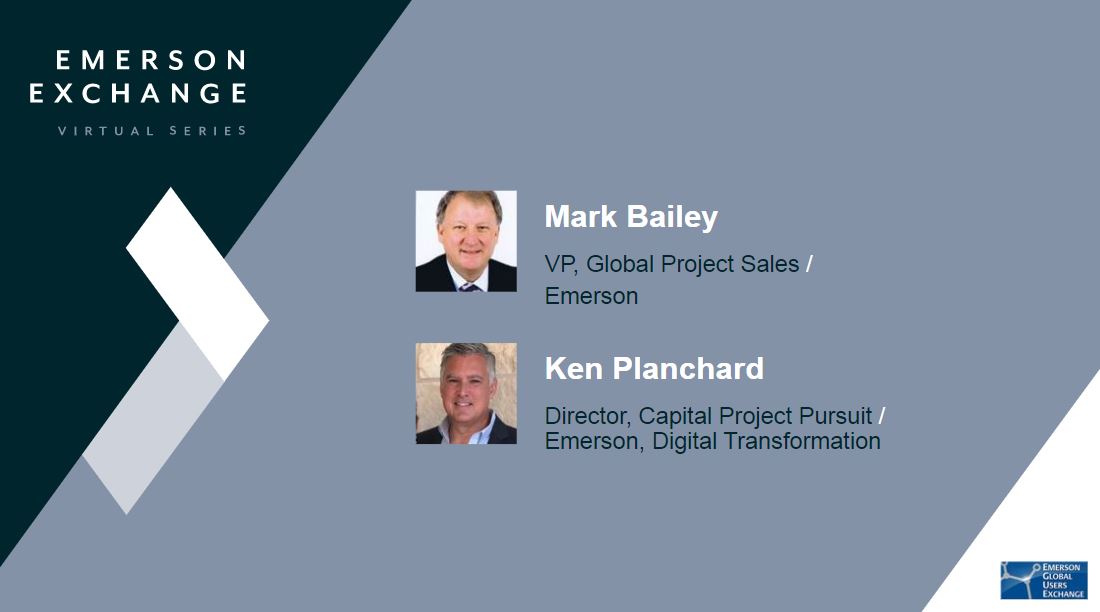 Data and technology have become key elements for operational readiness, and Top Quartile performance in capital projects, experts from Emerson agreed during the Emerson Exchange Virtual Series this Tuesday.

Many efforts are put into delivering a capital project on schedule and budget, but fewer on the operational readiness phase, which is the gap between the construction or building of the project, and the moment from which it can start to operate.

In this sense, the adoption of digital solutions and technology, such as Smart DCS devices or wireless networks, can significantly improve the project’s operations from the start, Mark Bailey, VP of Global Project Sales, and Ken Planchard, Director of Capital Projects Pursuit of Emerson agreed.

Engaging in these efforts from the beginning of the project would ease the operational readiness phase. From there, it will ensure top quartile performance during the whole lifecycle of the project.

Experts shared four main topics in which technology and operational readiness converge: the first one being safety. “There are a lot of things in safety that digital solutions can improve, such as situational training of the personnel, location monitoring and so forth; also, the automation of safety controls such as smoke testing, flooding alarm or sensors of heat or radiation,” Planchard underlined.

Recommended to you: Digital transformation in 5 steps – Emerson

“About the flooding alarms, digital tools can notify the operators of an incident, but also tell them what is going on and how to fix the problem. You see, there’s nothing worse than being in the control room when the alarms go off and not knowing which is the thing you should be focusing on”, Bailey said.

According to the speakers, being able to reach that top performance from the begging makes the project so much more reliable; in fact, adopting technology from the operational readiness face is “design for reliability,” the third topic discussed by Bailey and Planchard.

Self-diagnosed instrumentation, situation awareness, and automated inspections are among the capabilities of these technologies. “You can develop algorithms of self-diagnostics and turn that into a predictive model; so, the operator can avoid those risks,” Planchard said, to which Bailey seconded: “That’s what top quartile means.”

Finally, a project with all these technological inclusions would need integrated databases and historical data lakes to define system records and analytics. With integrated OT/IT systems, this would be achievable.

Orsted and HOFOR agree on green power for...